Retailer teams up with safety agency to notify shoppers

That organism can cause serious and sometimes fatal infections in young children, the frail or elderly, and those with weakened immune systems. It can also cause miscarriages and stillbirths among pregnant women, the company warned.

Cambrooke Foods — which discovered the Listeria contamination during routine testing — is recalling all batches of the following products:

The company is also doing a "market withdrawal" of one batch of its Low Protein Peanot Butter (SKU 10809; 16 oz. jar) because the products were made in the same plant — and on the same machinery — as the affected imitation cream cheese. The Peanot Butter, however, tested negative for Listeria contamination.

"We apologize for the inconvenience and concern that this recall has caused for you and your family and want you to know that your good health and the health of your family is our paramount concern," the company said in a statement on its Web site.

Cambrooke Foods said it discovered the contamination while testing a new batch of imitation cream cheese. This happened before those products were sent to customers, the company said. It has since destroyed all the tainted cream cheese.

Cambrooke Foods said it has not received any reports of illnesses linked to the tainted imitation cream cheese. The company, however, has suspended the manufacturing and distribution of these products pending an investigation.

Those infected with the Listeria organism may have such symptoms as fever, muscle aches, nausea or diarrhea, according to the Centers for Disease Control and Prevention (CDC). If the infection spreads to the nervous system, symptoms such as headache, stiff neck, confusion, loss of balance, or convulsions may occur.

Cambrooke Foods said customers who purchased any of the recalled products since May 2008 should immediately dispose of them.

For more information, consumers can contact Cambrooke Foods at 866-456-9776, ext. 1015, or via email at safetyfirst@cambrookefoods.com.

The Toro Company is once again recalling about 900,000 Power Sweep electric blowers. The blower's impeller can break, causing pieces of plastic to fly out ...

December 11, 2008
The Toro Company is once again recalling about 900,000 Power Sweep electric blowers. The blower's impeller can break, causing pieces of plastic to fly out of the blower, possibly causing serious injury to anyone nearby. The blowers were originally recalled in July 2007.

Toro has received 162 reports of broken impellers, including 28 reports of minor cuts and bruises resulting from projected impeller pieces. The second recall is intended to reach consumers who did not learn of the 2007 recall.

The recall involves Toro Power Sweep electric blower model 51586 that was manufactured between 2000 and 2002. The recalled units have serial numbers that range between 000055100 and 220255609. There are two decals on the main housing of the blower. One decal reads, 'TORO Power Sweep' and the decal on the opposite side of the blower contains the model number and serial number (shown by the letter 'A' in the picture above). The recalled units can be identified by a black impeller fan, which can be seen through the air inlet screen on the bottom of the unit.

The blowers, made in the United States, were sold by Toro dealers and various mass retailers nationwide including The Home Depot, Lowes, Target and K-Mart stores from January 2000 through late December 2002 for about $32.

Consumers should stop using the recalled blowers immediately and contact Toro to receive a replacement blower.

For more information, contact Toro at (888) 279-3191 between 7:30 a.m. and 7 p.m. CT Monday through Friday or 8 a.m. and 6 p.m. Saturday. Consumers can also visit the Toro web site at www.toro.com. The Toro Company has notified registered owners directly.

General Motors is recalling 77 Chevrolet Malibus from the 2009 model year to fix a problem with the defroster.

GM said that under certain conditions, the air conditioning and ventilation system might fail, making it impossible to defog the windshield, possibly leading to a crash.

Dealers will reprogram the HVAC control head module when the recall begins on Dec. 17.

Dealers will install a revised design of the propeller shaft, the flange kit and heat shield kit. Owners may contact Land Rover at 1-313-594-7688....

The front differential coupling sleeve and the propeller shaft may be misaligned, causing excessive wear, the company said. Over time, as wear progresses, the driver may notice noise and vibration. Continuing to operate the vehicle after that point could result in a crash.

Dealers will install a revised design of the propeller shaft, the flange kit and heat shield kit. The recall is expected to begin Jan 6. Owners may contact Land Rover at 1-313-594-7688.

About 245,000 bottles of Bagi Shumanit super cold grease remover are being recalled. Direct contact with this substance can cause burns to consumers skin a...

About 245,000 bottles of Bagi Shumanit super cold grease remover are being recalled. Direct contact with this substance can cause burns to consumers skin and eyes. The product lacks required special packaging and warning label.

Bagi Shumanit Super Cold Grease Remover is packaged in a white 26.4 fl oz. (750 ml) bottle with a trigger sprayer. This product is intended to clean grease from ovens and other cooking surfaces.

It was sold at various grocery stores in New York, New Jersey and Connecticut from April 2000 through September 2008 for about $5 and was manufactured in Israel.

Consumers should immediately pour any remaining product into the toilet, using care to avoid splashing. Consumers should return the empty bottle to the store where the product was purchased for a full refund.

For additional information, contact Fantastic Distributors collect at (718) 485-1300 between 9 a.m. and 5 p.m. ET Monday through Friday, or visit the firms Web site at www.fantasticinc.com. 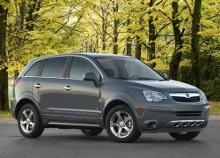 General Motors is recalling about 16,000 2009 models of its Buick Enclave, Chevrolet Traverse, GMC Acadia and Saturn Outlook to fixd a problem with the rear seat belt buckle assembly.

The SUVs may have been built with a safety belt buckle in the second or third row that is missing a rivet. In a crash, the buckle could separate from the mounting strap.

Dealers will inspect the buckles and replace them if necessary. The recall began on Nov. 26.