NCCC brought the timing chain failures to the attention of NHTSA after consumers in the state complained that the timing failures resulted in a sudden loss...

The North Carolina Consumers Council (NCCC) brought the timing chain failures to the attention of NHTSA after consumers in the state complained that the timing failures resulted in a sudden loss of power in the Saturn.

Some of the timing chain failures occurred at highway speeds.

NCCC reports consumer concerns that an improper oil flow in the timing chain lubricating mechanism contributed to the failure.

In most circumstances, the Saturn engine would stall resulting is a sudden loss of power when the timing chain malfunctioned.

GM has issued a technical service bulletin advising dealers of a timing chain design change for the some Saturn Vues and Ions.

The bulletin stated that "all timing chain service kits now available will include the oiler nozzel" and that the nozzel is a new design that "will increase oil flow to the timing chain under low RPM operating conditions."

The NHTSA evaluation will assess the frequency, trend, scope and safety consequences of the timing chain failures.

"One report," according to NHTSA, "alleges that smoke appeared from the front of the vehicle due to the broken spring contacting the tire while the vehicle...

The National Highway Traffic Safety Administration (NHTSA) is beginning an investigation of 2001 and 2002 Honda Odyssey minivans because of complaints that the front tire of the Odyssey was punctured by a broken coil spring.

"One report," according to NHTSA, "alleges that smoke appeared from the front of the vehicle due to the broken spring contacting the tire while the vehicle was in motion."

"Another report," NHTSA says on its web site, "alleges the collapse of the suspension system caused the vehicle to veer into an oncoming lane of traffic and that a few days later the spring on the other side of the vehicle fractured."

The agency has received two reports that "allege that an adjacent front tire was punctured by the fractured spring after it failed with the vehicle in motion."

According to NHTSA's announcement of the investigation, seven of the spring failures occurred between 50,000 and 60,000 mile odometer readings on the Honda Odyssey minivans.

NHTSA is uncertain how many Honda Odyssey minivans will be involved in the investigation because the agency is using "an estimate of the number vehicles residing in salt belt states." NHTSA reports "the number will be reviewed during the investigation."

The goal of the NHTSA investigation, according to the agency, is to determine "the frequency and safety consequences associated with the alleged fracture of the front coil springs."

Owners of the Honda Odyssey minivan haven't reported any crashes or injuries because broken springs or suspension failure on the front of the vehicle.

About 560 Bradley Electric Smokers are being recalled because of a shock hazard.

The recalled electric smokers include models BTST02 (stainless steel) and BTIS1 (black) and consist of a smoke generator, a smoke tower and two power cords. The model number appears on a silver label on the back of the smoker. The products have a Bradley Smoker logo on the door and at the bottom under the red light Power Indicator.

The recalled black smokers contain one of the following serial numbers:

The recalled stainless steel smokers contain one of the following serial numbers:

The serial number appears on a label on the back of each smoker. 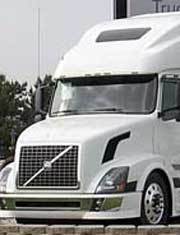 Volvo is recalling 42,000 of its Volvo VN and VHD truck model in the U.S. market because of a possible fire risk from pipes leaking hot gases into the engine.

In a statement, the company said engineers have discovered that the inlet pipes on the exhaust gas recirculation system may crack or break. If the pipes are not repaired or replaced then components in the engine compartment may be exposed to hot exhaust gases.

The Volvo recall says the condition could lead to a fire or at least heat damage. Volvo reports two cases of fires, though without any personal injury.

Volvo plans to inspect and replace any damaged parts and install a heat shield on all of the trucks.

Homelite leaf blowers sold at Home Depot are being recalled because of a laceration hazard. The recall includes about 1,550 Homelite Vac Attack II Blowers....

January 25, 2006
Homelite leaf blowers sold at Home Depot are being recalled because of a laceration hazard. The recall includes about 1,550 Homelite Vac Attack II Blowers. 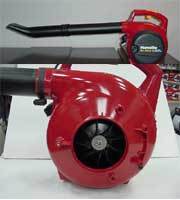 The blowers are missing the doors covering the vacuum inlet. This exposes the blowers fan blade, posing a risk of finger laceration to the user.

The recalled blower is used outside to blow, vacuum or mulch leaves. Homelite is printed on the top of the blower. The blower is red with a black nozzle, and weighs about 10 lbs. Model number UT08542 or UT08542A is printed on the operators manual. Only blowers missing the black cover over the fan are included in the recall. Homelite and Vac Attack II are written on the fan cover. A bag connects to the blower to collect the leaves or mulch.

The blowers were sold at Home Depot stores nationwide from September 2005 through November 2005 for about $99.

Consumers should stop using these blowers immediately and return them to a Home Depot store for a new blower or a full refund.

January 24, 2006
The National Highway Traffic Safety Administration is investigating 17 complaints of shattered sun/moon roofs in the 2004 to 2006 Cadillac SRX.

Shattered glass falling on the front seat of the SRX has injured 19 people causing cuts and scrapes to their face, arms, hands or legs.

Some of the injuries, NHTSA reports on its Web site, were the direct result of the falling glass fragments while other injuries occurred when occupants were exiting the vehicle or were handling the glass fragments.

Cadillac has received five warranty claims for shattered sun/moon roofs on the SRX. General Motors analysts are unable to identify any manufacturing or quality control issued with the glass or the roof mechanism, according to NHTSA.

GM told NHTSA the most likely cause of the breakage is random stone or shark debris impacting the glass roof structure.

In ordering the preliminary investigation, NHTSA said that the evidence indicates that broken glass fragments will fall directly onto both front and middle row seat occupants of these vehicles.

There is continued risk, according to NHTSA, of driver distraction and injury.

Mizuno "Gamer" Baseball Gloves are being recalled because they could contain aspergillus mold. The mold could cause respiratory or other infections in unhe...

January 19, 2006
Mizuno "Gamer" Baseball Gloves are being recalled because they could contain aspergillus mold. Such mold usually does not affect healthy individuals, but could cause respiratory or other infections in individuals with chronic health problems or in individuals who have impaired immune systems. 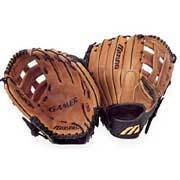 The recall includes all Mizuno "Gamer" baseball gloves. These gloves have the word "Gamer" printed on the palm of the gloves.

The gloves were sold at sporting goods stores nationwide from July 2005 through October 2005 for about $80.

Consumers should stop using the gloves and contact Mizuno USA, Inc. for information on how to receive a free replacement baseball glove.

January 11, 2006
Porsche is recalling 18,600 of its 911 Carrera sports cars worldwide to fix welding joints in the exhaust systems.

The recall vehicles are the high performance 911 Carrera S and all-wheel drive 911 Carrera 4S cars built between April 2004 and October 2005.

Porsche reports that the defective welding joint could lead to the loss of the tail pipe.

The repair, according to Porsche, will take roughly 25 minutes and will be at no charge to the customer.

Porsches last recall came in December, 2004 when the company asked owners of 18,150 of the 911 Carrera cabriolets to return their cars to check the roof mechanisms. The recall cost Porsche $12.1 million.