Traces of glyphosate found in dog and cat food

The chemical has dominated news cycles as of late 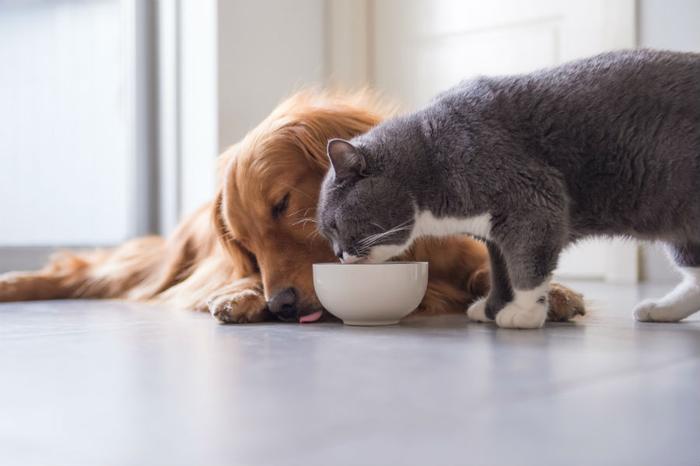 Exposure to glyphosate -- the main ingredient in several popular weed killers -- has been a hot-button issue lately when it comes to how it can negatively impact consumers’ health. However, a new study conducted by researchers from Cornell University explored the ways the chemical could be affecting consumers’ pets.

The researchers analyzed several different brands of popular dog and cat foods currently on shelves in grocery and pet stores and found traces of glyphosate in all of the samples tested -- though the levels found were considered safe for humans.

“While the levels of glyphosate in pet food surprised us, if a human ate it every day, their glyphosate exposure would still be well below the limits currently deemed safe,” said researcher Anthony Hay.

The researchers evaluated 18 different pet foods from eight manufacturers -- all of which were vegetable and meat mixes, while one was certified as GMO-free. All of the pet foods were found in either pet stores or major retailers, and the researchers analyzed samples of each to test their glyphosate levels.

They found that each pet food contained traces of glyphosate, ranging from 80 to 2,000 micrograms per kilogram. Additionally, the one pet food that was GMO-free was found to have the highest levels of glyphosate than any of the other brands.

The team was unable to nail down exactly where the glyphosate was coming from, but the researchers did see a correlation between glyphosate and fiber levels in the pet foods.

“We know that glyphosate is only certified for spraying on crops, and it does not bioaccumulate in animals, so we would not expect it to come from feed animals that are the main protein sources in some of the products,” said Hay. “Our evidence suggests that it’s coming from plant material.”

As this is one of the first studies to explore the effects glyphosate has on animals, the researchers are still unsure if the chemical poses any risks to pets. However, they analyzed the levels of glyphosate against what is acceptable and safe for humans and found that, on average, pets would be consuming 0.7 percent of the limit deemed safe for humans.

“Glyphosate is out there in in our pets’ food, and while there doesn’t appear to be any immediate risk, there is still uncertainty about the chronic impact of low doses like this,” said Hay. “The old adage: ‘dose determines the poison’ is good to keep in mind: While it’s possible that these animals might respond differently than humans, the numbers are still within a range that would be deemed safe for humans.”

The health risks associated with glyphosate have been well-documented -- especially as of late.

The popular weed killer Roundup -- manufactured by the agricultural company Monsanto -- has been under fire recently, as the company is currently embroiled in a major lawsuit.

Dewayne Johnson, a 46-year-old father of two and school groundskeeper, became involved in a lawsuit due to the glyphosate found in Roundup. Johnson is dying from Non-Hodgkin’s Lymphoma, and he was one of nearly 4,000 cancer patients arguing against the dangerous side effects that come from glyphosate.

While Johnson was initially awarded nearly $300 million, Judge Suzanne Bolanos decided to reduce the settlement by $211 million. Johnson has until early December to either accept the offer or request a new trial.

Monsanto is no stranger to lawsuits. The company sued the state of California in 2016 because it disagreed with the state’s assessment that the ingredients in Roundup classify it as a carcinogen. Since then, Monsanto has been involved in several lawsuits for failing to inform consumers of what’s in their products.

While this most recent study explores the ways glyphosate affects pets, earlier studies examined the ways pregnant women -- and their future babies -- are affected by the chemical. Women who were frequently exposed to Roundup were found to have shorter pregnancies, and 90 percent of the women involved in the study had glyphosate in their urine.