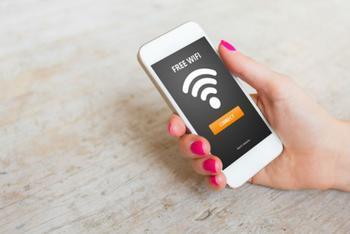 JoikuSpot, an app that could once magically turn a humble Nokia phone into a free WiFi hotspot, is back with some new features.

Finnish mobile software company Joiku announced today that Android users can once again download JoikuSpot -- but the app has evolved since we last saw it.

Now, users will be able to safely share WiFi networks, hunt down places with good WiFi (and connect to networks automatically, without a password), and even sync to WiFi networks of different countries.

Joiku hopes the new and improved version of JoikuSpot -- which features an increased attention to user privacy -- will help bring the concept of sharing WiFi networks into a “new era.”

Android users will now have the ability to share their WiFi networks safely, without having to reveal or store passwords in other phones. Users’ passwords can be encrypted via Smart QR codes and Access links.

Thanks to its Smart Sharing functionality, JoikuSpot users can privately share with friends not only their phone’s hotspot, but WiFi networks of their home or office as well.

Connecting to other networks

With WiFi Spotting, users can track down strong WiFi signals in the area. A map can guide users to the spot, then automatically (no password required) connect users to the signal.

Speaking of maps, frequent travelers might enjoy WiFi Globe: a feature that allows users to download and sync to the country WiFi networks of their choice. Those networks can later be easily dumped once they’re no longer needed, should a user need to free up space in their phone.

Finally, with Joiku’s Mobile HotSpot, users can turn their Android phone or tablet into a WiFi HotSpot simply by adding the hotspot icon to their device’s screen.

JoikuSpot is available as a free download for Android phones and tablets via Google Play. A version for iOS will be coming soon, according to the company.