What kind of financial shape is your state in?

Researchers at George Mason University rank the best and the worst 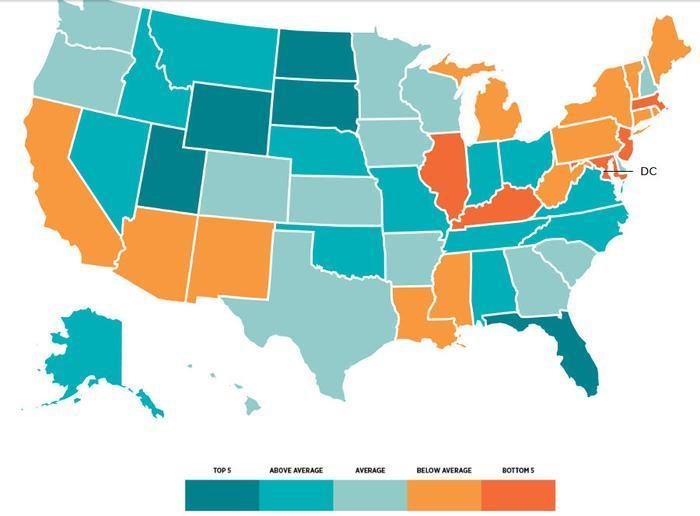 Illinois and New Jersey have been in the news lately as they struggle to regain fiscal solvency. But they aren't alone. A number of states are struggling to stem the flow of red ink.

As a resident, it's something you need to know since taxes may be raised, services reduced, or a combination of the two. The Mercatus Center at George Mason University has checked the books and put together a ranking of states that are flush and those that are not.

It turns out some states are doing very well with their finances while others face budget problems. When it comes to a lack of cash, New Jersey and Illinois are one and two. They're followed by Massachusetts, Kentucky, and Maryland.

On the other end of the scale, George Mason ranks Florida number one in fiscal health. It's followed by North Dakota and South Dakota, which are reaping the benefits of the shale revolution, then Utah and Wyoming. You can find where your state ranks here.

The researchers say the top five states show fiscal discipline, helped by low debt and a strong cash position. The bottom five states all suffer from similar problems, mainly a lack of cash and rising debt. New York moved out of the bottom five year year, thanks to improvements in budget solvency.

Other large states to keep an eye on are Pennsylvania, at number 45 on the list; California, at 43; Connecticut at 36; and Michigan at 37.

"The lessons from this year’s study demonstrate that policymakers should take stock of both their short and long term fiscal health before making public policy decisions," the researchers conclude.