Venmo, other p2p systems eclipsing banks, which are planning to fight back 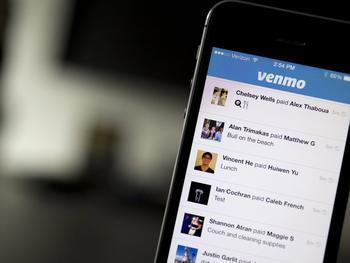 If you're a person of a certain age then you may not be familiar with Venmo, but chances are your younger friends and family members know it well. It's perhaps the most popular of the peer-to-peer payment systems that are replacing bank transfers, mailed checks, and even cash.

Big banks have long had their own systems, but they tend to be clunky if you're sending money to an account at a different bank. And online giants like Google, Facebook, and PayPal all have their own systems. (PayPal owns Venmo, by the way). But for the most part, their transfers are not as intuitive and hassle-free as Venmo's, which works as a simple app on iPhones and Androids or on any other platform you can think of.

Millennials tend to be the biggest users of Venmo, often using it to split bar tabs and pizza bills while their parents perhaps are still using bank transfers to make their child's rent payment.

All of that may start to change later this year as a coalition of big banks introduce Zelle, a p2p payment system that can transfer money from your account to anyone who has a debit card.

“We are always looking for opportunities to make it easier for our customers to bank with us,” said Diane Morais, CEO and president, Ally Bank, one of the first banks to commit to Zelle. “Transferring money via payment services is among the digital banking activities growing in popularity with consumers.”

You might think Zelle's entry would be bad news for existing services, but a recent Los Angeles Times report finds them feeling confident that the banks' big marketing push will attract more consumers to app-based payments, growing the market for everyone.

“We don’t see it as a winner-take-all scenario,” Josh Criscoe, a spokesman for Venmo owner PayPal, told the Times. “We welcome any effort to move folks to more digital payments and move toward the smartphone as the central point of financial life. The common enemy is cash.”

One competitive advantage Venmo brings to the fray is its low and sometimes nonexistent fees. Transfers between friends through a major debit card or checking account are free. Credit card transfers incur a 3% fee.

Banks are generally not shy about piling on fees, charges, and penalties, but they may have to restrain themselves if they want Zelle to be successful.

Besides its no-fee approach, Venmo, despite a nearly nonexistent advertising budget, has managed to join the exclusive club of companies whose names become verbs. Drop by any coastal city coffee shop and you'll hear phrases like, "OK, your share is $8.35. You wanna' Venmo that to me?"

While the big banks will no doubt spend millions on advertising, it may be a while before you hear anyone say, "Could you Zelle me $20 until Friday?"