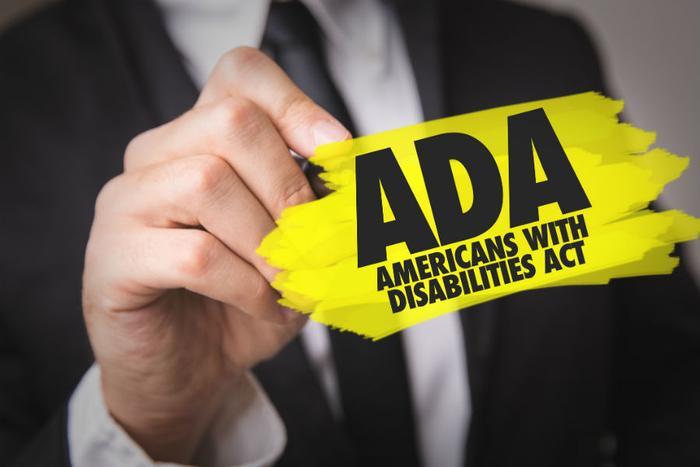 The Americans with Disabilities Act has been in effect for 27 years, and is responsible for familiar accessibility features like handicapped-designated parking spots and ramps in public spaces and large businesses.

Like other civil rights legislation, the ADA is enforced by either filing a complaint with the federal government or by filing suit. However, a few unscrupulous attorneys and plaintiffs have abused this to such an extent that the ADA may soon face legislation to weaken it.

In Los Angeles, a wheelchair-bound convicted pedophile sued more than 1,000 businesses over ADA violations before his legal scheme was exposed by a newspaper report. He committed suicide four months later.

In Phoenix, a group billing itself as advocates for the disabled sued a reported 2,120 businesses over the size of their handicapped parking spots. In Austin, an attorney targeted nearly 400 small businesses with either lawsuits or demand letters asking for money to settle supposed ADA violations.

A bill that could kill the ADA completely

Congressman Ted Poe, a Texas Republican in the House of Representatives, has introduced a bill that he claims “will curb frivolous lawsuits filed by cash-hungry attorneys and plaintiffs that abuse the ADA.”

His legislation, HR 620, recently cleared the House Judiciary Committee with support from Democratic lawmakers in California.

"The ADA is being abused by lawyers who've often never seen these properties,” says Representative Scott Peters, a California Democrat who is co-sponsoring HR 620.

But over 200 civil rights organizations warn that HR 620 will severely weaken a landmark piece of legislation for the disabled and do little to deter the problem of ADA lawsuit “trolls," as they are sometimes called.

Austin attorney Omar W. Rosales sued so many local businesses over technical ADA violations that local disabled persons advocacy groups publicly denounced him. Among Rosales’ targets were small pediatric clinics, which his adult client would be unlikely to ever visit.

The “offenders” often agreed to pay Rosales settlements “because it was less expensive for them to settle than fight him, even though they would win [a court battle]," Harrington says.

Rosales has since been sanctioned, sued by the State Bar, and suspended from practicing law in the Federal Western District Court for the next three years. He still advertises his “commitment" to the disabled on his website, but refused attempts to be interviewed by a ConsumerAffairs reporter.

“Are you hiding from debt collectors?  IRS problems?” he responded in one hostile email to a reporter.

Critics note that HR 620 doesn’t specifically target people like Rosales. Under HR 620, if any prospective customer finds they cannot access a building because of their disability, they would be required to first send a written notice to the business owner, wait 60 days for a response, then, assuming the business owner responds, wait an additional 120 days for the business to correct the problem. Only after this waiting period would they be able to sue or lodge a complaint.

Human Rights Watch says this bill would “act as a profound deterrent to people looking to enforce their rights under the ADA.”

Though the measure has attracted sponsorship from a slew of Democratic California lawmakers like Representative Peters, he sounds less enthusiastic when discussing the details of the bill, particularly the 180-day waiting period. "Would the ACLU agree this is a good bill if there was 60 days?" he asks.

Harrington points out that no other civil rights law requires a person to send in a written notice before they can sue. "We don't do that with civil rights law,” he argues.

Harrington and disability groups say that the frivolous lawsuit problem isn’t really a problem with the ADA itself, but an individual attorney problem, and should be dealt with as such.

"These clowns around the country have given [Congressman Poe] and other folks the opportunity to come in and essentially gut the ADA,” he says. “The courts are really basically taking care of this. They really clamped down on these jerks."

Many large business associations, representing apartments, retailers and shopping centers, have thrown their support behind HR 620. But those associations don’t fit the profile of the type of businesses that Harrington and Peters say are typically victimized by frivolous ADA litigation.

“Who I hear from mostly,” Peters says, “are these small restaurants who rent space from a land owner."