A New Jersey man filed the suit, saying that he paid an extra 7% on his purchases 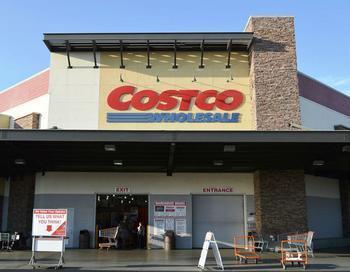 A class action lawsuit has been filed in New Jersey against Costco, who allegedly tacked a 7% sales tax on toilet paper it sold, according to a NJ.com report. The suit holds water in the state because sales of disposable household paper – such as toilet paper and paper towels – are exempt from sales tax in New Jersey.

Complainant Robert Arnold said that he and his wife bought toilet paper from two separate Costco wholesalers on two occasions in July, 2015. He stated that each time he was unknowingly charged sales tax on the items; he later discovered the charge after going over his receipts. When he went back to the wholesalers to dispute the charges, employees allegedly told him that they couldn’t reimburse the money and that he would have to file paperwork with Costco’s corporate offices.

The notion didn’t sit well with Arnold, who asked employees why he should take time out of his day to file paperwork when he shouldn’t have been charged in the first place. Instead, he filed suit in order to recoup his losses.

The suit accuses Costco of unjust enrichment, fraud, and negligence, as well as violations of the New Jersey Consumer Protection Act, the Truth-In-Consumer Contract Warranty and Notice Act, and New Jersey Common law. It seeks to reimburse plaintiffs joining in the suit who were also forced to pay a similar sales tax, as well as punitive damages.

“Hundreds of thousands of New Jersey residents have paid a 7% surcharge in the guise of a sales tax when purchasing toilet tissue,” the complaint alleges.

When asked about the suit, a corporate spokesperson stated that Costco could not provide a comment at this time.