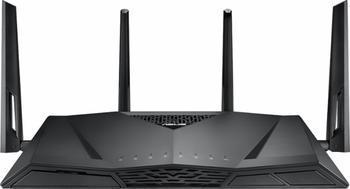 Are your cyber assets exposed? If so, you're not alone. A new study by Trend Micro finds that no fewer than 178 million internet-connected devices in the U.S. are exposed to hacking.

Very simply, an exposed cyber asset is a device like a router, webcam, or DVR that's connected to -- and visible on -- the public internet. Such devices can be used to spy on their owners and can often be taken over and used in cyberattacks on others.

The study looked at the ten largest U.S. cities and found that Los Angeles has the highest number of exposed assets, followed by Houston and Chicago.

The router is like the front door to your home's internet. If it is not secure, criminals can break into your local connection and potentially monitor your activities and even, in some cases, make off with your private data.

An unsecured router can also be turned into a "zombie," meaning that it can become part of a "botnet" (the cyber equivalent of those roving bands you see on The Walking Dead). While this may not affect you directly, it turns your home into a crime scene and makes you part of the global networks that support terrorism, child pornography, and identity theft.

The most basic security step is to never buy a used router. Second is to always change the password on any router you buy. The password you choose should be long (preferably 16 characters or so) and complex -- a combination of upper- and lower-case letters, numbers and symbols.

Write the password down, but don't leave it in plain view where visitors can see it. It's important to note here that we're not talking about the password you set up for wi-fi (which can be a little simpler if you wish) but rather the administrator password for the router.

Thie third step is to buy a router that has an embedded security solution. Trend Micro notes that it has partnered with ASUS to pre-install a security layer on ASUS routers. Similar solutions are available from other vendors.

Trend Micro offers a free guide to securing your router.