Here’s where consumers may find the best deals 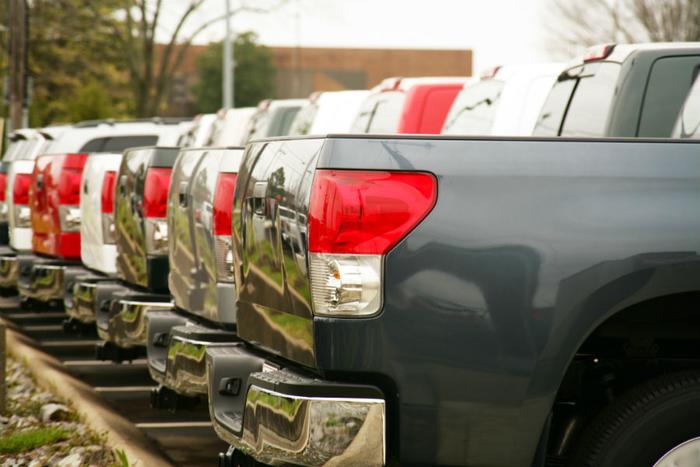 New car sales appear headed for a seven percent year-over-year decline this month, according to an analysis by Kelley Blue Book (KBB).

December, with its end-of-the-year promotions, is usually the biggest month for car sales, as it was this year, but this month is finishing significantly below December 2016. If those projections hold, KBB expects 2017 new car sales to finish two percent below last year's level.

That’s good news for consumers because it gives them additional bargaining power when negotiating the purchase of a new car or truck. However, Matt DeLorenzo, KBB's managing editor, says consumers should focus on makes and models that have been left on the lot instead of the most popular cars.

“There are bargains to be had, particularly in the midsize sedan segment, as buyers move more toward crossover SUVs to meet their family car needs,” DeLorenzo told ConsumerAffairs.

“Consequently, you will find good deals on cars ranging from full-size sedans like the Chevrolet Impala, Buick LaCrosse, Chrysler 300 and Ford Taurus, as well as many midsize models including Chevy Malibu, Hyundai Sonata, Kia Optima and Ford Fusion.”

Settling for less than your dream car

Getting a great deal might mean settling for something less than your dream car, but DeLorenzo says consumers willing to make that compromise can find cash back deals as high as $6,000 on less-loved models, particularly if they are 2017s.

“But remember that you are buying a year old car, so the resale value will be less than if you had purchased a 2018 model,” he said.

Consumers who have their heart set on a crossover can still find deals in that category, especially if they are willing to make a compromise or two. DeLorenzo says the Jeep Cherokee has what he calls “a polarizing design,” which has dampened sales.

“A new Cherokee with a more conventional front end look is slated to bow at the Detroit show, so if you don’t mind having the old look, you can save a considerable amount of money,” DeLorenzo said.

Deals on the Ford Expedition

The same applies for the Ford Expedition, a full-size SUV. Ford has just redesigned that model, but if you can find the previous generation still in stock, DeLorenzo says you can negotiate a discount of up to $8,500.

“The year-end fight in the pickup truck market is producing some discounts, particularly as Chevy battles RAM for second place to the Ford F Series,” DeLorenzo said. “You can find discounts of as much as $11,000 on Silverado and $13,000 on select 2017 RAM 1550 pickups.”

As always, consumers will make the most of these opportunities if they take advantage of online resources to price compare and remain flexible in their choices.