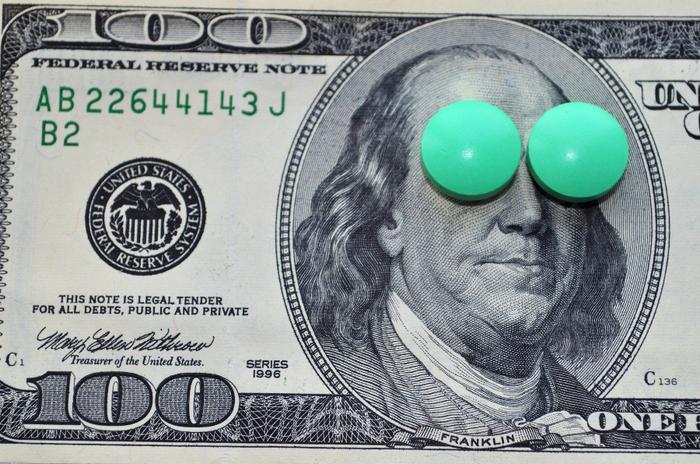 Although recent research has been very promising, there is no cure for multiple schlerosis (MS), a disabling disease of the central nervous system.

Medication exists that can slow the progression of MS or reduce the frequency and severity of attacks. However, these drugs have always been expensive.

During that time new drugs have been introduced to cope with the disease. Normal laws of economics might suggest the introduction of competing drugs into the marketplace would bring all the drug prices down.

That hasn't happened, the researchers say. Instead, even the cost of the older MS drugs – the ones improved upon by the newer generations of medications – has skyrocketed.

"The inexplicable increase in the cost of MS drugs, particularly older, first- generation drugs, is at odds with how we think the marketplace should work,” said Daniel Hartung, lead author of the study. “A growth in the number of MS drugs should lower costs for patients. What we see here is the opposite happened: costs have risen sharply, and at a pace that's far greater than drugs in a similar biologic class."

In fact, MS drug costs surged 5 to 7 times higher than overall prescription drug inflation for drugs in a similar class between 1993 and 2013. Some drugs rose as much as 30% per year.

This price acceleration has occurred as new drugs like Gilenya, Aubagio, and Tecfidera have come on the market. Those drugs, the researchers found, increased in price as much as 17% per years since their approval. Meanwhile, general and prescription drug inflation only increased 3% to 5% per year.

What's behind this hyperinflation? The researchers say they know what's not causing it. They looked at the prices for the drugs paid through the Department of Veterans Affairs (VA), which has the ability to negotiate directly with drug manufacturers to get the best price.

The cost of the same drugs, obtained through the VA, was 36% less that the cost paid by Medicaid. The cost of Betaseron was nearly 80% less.

That pretty much rules out increases in manufacturing costs as an explanation for the sharp rise in MS drug prices.

"This study confirms what many of us treating patients with MS had suspected: The pricing trajectories of MS drugs are unsustainable for our health care system and need to be addressed," said Dennis Bourdette, the study's co-author.

The study ultimately blames the soaring prices, at least in part, on what it terms the lack of transparency within pharmaceutical pricing and purchasing and the absence of a national health care system within the U.S. to negotiate prices directly with the pharmaceutical industry.