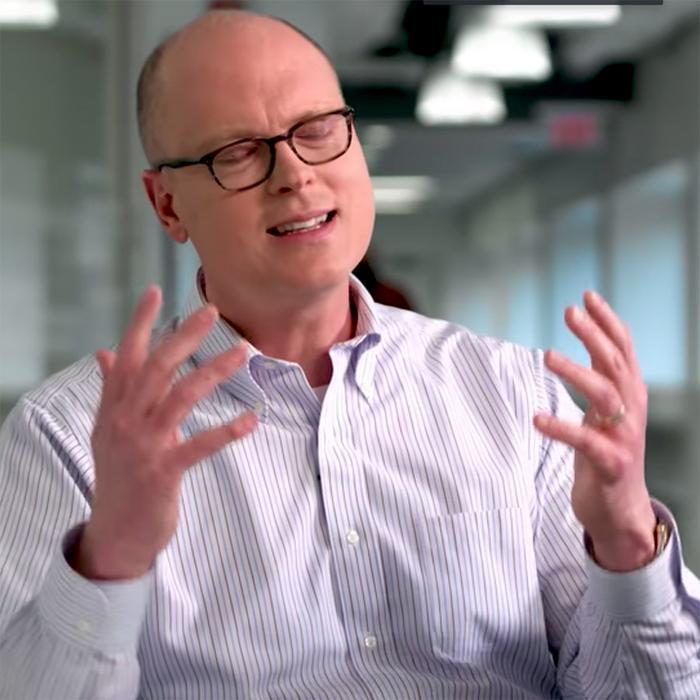 The fight over net neutrality is turning nasty. Although it's a topic that doesn't stir much interest in your average consumer, those who have opinions hold them very strongly.

Take Craig Sillman. He's a Verizon vice president in charge of what is called "public policy" (i.e., lobbying), and he is not happy with groups that describe themselves as "public policy" advocates, like Free Press and Fight for the Future.

Sillman says a lot of these groups are just out to raise money from their supporters and will say whatever it takes to make their point.

"You gotta understand, there are a lot of advocacy groups out there that fundraise on this issue," said Sillman. "So how do you fundraise? You stir people up with outrageous claims. Unfortunately, we live in a time where people have discovered that it doesn't matter what's true, you just say things to rile up the base."

So is this a gotcha' incident? Something Sillman said behind closed doors? No, oddly enough it's part of a video released by Verizon recently. It's what you might call a "fake news" video in which an apparent Verizon employee identified only as "Jeremy" questions Sillman as though he were a reporter.

But despite Sillman's rather self-serving claim, non-profit advocacy groups aren't the only ones expressing concern about the Federal Communications Commission (FCC) chairman's plan to deep-six net neutrality rules -- and not everyone is driven by financial motives.

“The internet must remain open and accessible to everyone,” said Illinois Attorney General Lisa Madigan in a recent statement. “Open and equal access to the internet is crucial to information sharing and competition. The FCC’s proposal would allow internet service providers to pick winners and losers among content providers and their customers. I urge the FCC Commissioners to vote against this proposal.”

Sillman would perhaps say that Madigan is just saying what she thinks voters want to hear, but judging from the mail and the reader statistics that let websites like ours count how many people read a given story, net neutrality is not exactly a barn-burner topic.

It is true that conservative interests and Republicans tend to favor deregulating big telecom companies like Verizon, AT&T, and Comcast while liberals and Democrats generally want to treat them like utilities, regulating rates and requiring that all users get the level of service they're paying for.

In the case of net neutrality, the rules put in place by the Obama-era FCC require companies like Verizon to treat all traffic equally. Since Verizon owns AOL, Yahoo, and other content providers, critics say it might tend to favor its own traffic over competitors. This is the allegation that Sillman and new FCC Chairman Ajit Pai say is strictly theoretical and doesn't have to be dealt with until and if it actually becomes a problem.

Critics like Madigan disagree. "Existing net neutrality rules prohibit internet service providers like AT&T or Comcast from discriminating among customers and content providers. They also ensure that when consumers purchase internet access, they can reach the content of their choice without interference and that any website can reach customers without having to negotiate or pay for special access," she said.

What could actually happen if net neutrality rules are scrapped? Madigan lists these possibilities:

"No evidence of systemic failure"

FCC chair Pai has argued that there was no need to implement the net neutrality rules in the first place.

"There was no evidence of systemic failure in the Internet marketplace. As I said at the time, 'One could read the entire document . . . without finding anything more than hypothesized harms.' Or, in other words, public-utility regulation was a solution that wouldn’t work for a problem that didn’t exist," he said in a speech late last year.

The FCC is expected to vote at its May 18 meeting to eliminate the new rules. Free Press, one of the groups that drew Sillman's wrath, has been trying to raise $100,000 to fight the repeal.

"It's official. Trump and Pai plan to destroy net neutrality," says the FreePress.net site, insisting it's not too late. "Chairman Pai could still back down if he wants to leave the dark side."