Most moms have been 'Mommy-Shamed,' poll finds 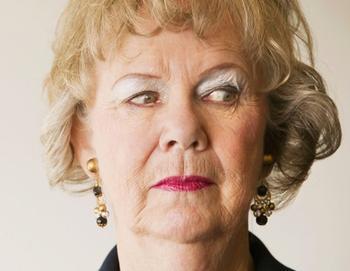 People often view a pregnant woman’s belly as an open invitation to dish out unsolicited advice. From birth plans and beyond, no topic appears to be off limits to well-meaning strangers who have been there and done that.

And the barrage of advice doesn’t end when a woman gives birth. Upon trading that one-way ticket to motherhood for an actual baby, women are bombarded with opinions on child-rearing from strangers and relatives alike.

But not all parenting advice is offered in a kind, gentle manner. When opinions give way to harsh criticism, it’s called “Mommy-Shaming” -- and it’s a topic most moms are familiar with.

According to a recent poll, nearly two-thirds of mothers with children under 5 have been mommy-shamed at some point or another. Most of the time, a mom’s greatest critics are her own parents.

The study found that 37% of mothers have felt second-guessed by their mom or dad on parenting hot topics such as discipline, breast-versus bottle-feeding, and sleep.

Thirty-six percent of respondents said their spouse or their child’s other parent lobs the most criticism, while 31% of mothers said the most criticism came from their in-laws. Half of the mothers surveyed said they tend to avoid people who are too critical of their parenting.

"Our findings tap into the tensions moms face when parenting advice leads to more stress than reassurance and makes them feel more criticized than supported," said the poll’s co-director, Sarah Clark.

“Mothers can get overwhelmed by so many conflicting views on the ‘best’ way to raise a child,” she added. “Unsolicited advice -- especially from the people closest to her child -- can be perceived as meaning she’s not doing a good job as a mother. That can be hurtful.”

As we’ve reported, many grandparents have outdated health beliefs that may put a child’s health and safety at risk. The parenting game has likely changed quite a bit since most grandparents were parents themselves.

Clark says family members “should respect that mothers of young children may have more updated information about child health and safety, and ‘what we used to do’ may no longer be the best advice.”

"It's unfortunate when a mother feels criticized to the point where she limits the amount of time she and her child will spend with a family member or friend," she said. "To guard against that situation, advice to mothers of young children should be given with empathy and encouragement."