How pets can improve the lives of people with mental illness 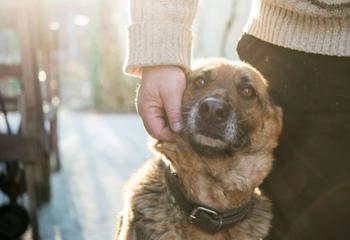 Pets often bring immeasurable joy to those who care for them, but their role doesn’t end there. Studies have shown that pet ownership can help the elderly, teach kids compassion, and improve the well-being of the whole family in households with autistic children.

Now, a new study says that pets can help people manage their mental disorders. Findings published in the journal BMC Psychiatry suggest that cats, dogs, birds, and other pets provide their owners with a source of calm. In some cases, pets even serve as a distraction from symptoms of mental illness.

"The people we spoke to through the course of this study felt their pet played a range of positive roles, such as helping them to manage stigma associated with their mental health by providing acceptance without judgment," said lead author Helen Brooks, from the University of Manchester.

Researchers spoke with more than 50 adults with long-term mental conditions and found that pets were often integral members of participants’ social networks. Sixty percent of the patients placed pets in their central social circle, above family, friends, and hobbies.

“Pets provided a unique form of validation through unconditional support, which [the patients] were often not receiving from other family or social relationships,” Brooks said in a statement. She added that pets were also particularly useful during times of crisis.

For those with mental illness who hear voices or experience suicidal thoughts, pets can be a welcomed distraction. One patient gave a prime example of pets' ability to drown out symptoms in saying, “I’m not thinking of the voices, I’m just thinking of the birds singing.”

"You just want to sink into a pit and just sort of retreat from the entire world, they force me, the cats force me to sort of still be involved with the world,” said another participant.

But despite the positive role that companion animals often play, Brooks said pets weren’t considered in the individual care plans for any of the patients.

"These insights provide the mental health community with possible areas to target intervention and potential ways in which to better involve people in their own mental health service provision through open discussion of what works best for them,” she said.

Pets can be valuable in the management of mental illness and should therefore be brought up in discussions about care plans, Brooks and her colleagues concluded. Finding what works best for patients is key, and the study suggests that pets can provide a constant source of calm, support, and distraction for some individuals.