Researchers have found associations between activity levels and academic aptitude 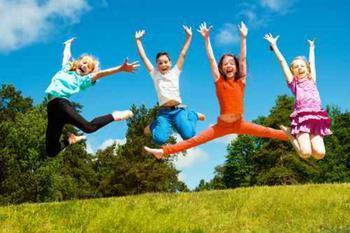 Having an active child can run parents ragged, but a recent study suggests that it also gives them an edge when it comes to subjects like reading and math. Dr. Eero Haapala, along with fellow researchers from the University of Eastern Finland, looked at children in Grades 1-3 and found that boys had better academic aptitude if they were physically active.

However, on the other end of the spectrum, Haapala noted that "boys who had a combination of low levels of physical activity and high levels of sedentary time had the poorest reading skills through Grades 1-3.”

In all, 153 children between the ages of 6 and 8 in Grades 1-3 were tested. The researchers used heart rate and movement sensors to measure physical activity and sedentary time and standardized tests to measure reading and arithmetic skills.

While no strong association between the factors was found for young girls, the researchers found that young boys in Grade 1 who showed moderate-to-vigorous physical activity and low sedentary time had better academic scores. Those who were less active tended to perform worse on standardized tests.

“Our results provide some evidence that promoting a physically more active lifestyle may benefit the development of reading skills in boys during the first school years,” the researchers concluded.

The full study has been published in the Journal of Science and Medicine in Sport.