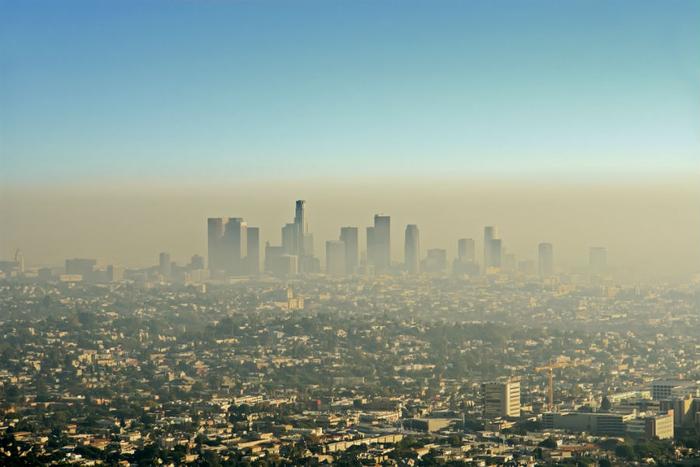 A new study out of China revealed that air pollution can cause a “huge” reduction in intelligence. Researchers say that breathing in toxic air affects a society in more ways than just physical health issues.

Though the research was conducted in China, it is relevant worldwide, as nearly 95 percent of the global population is breathing unsafe air, according to the study. Overall, areas with high levels of pollution were found to have significant drops in math and language test scores. On average, the impact of air pollution was found to be the equivalent of losing one year of education.

“Polluted air can cause everyone to reduce their level of education by one year, which is huge,” said Xi Chen at Yale Public School of Health. “But we know the effect is worse for the elderly, especially those over 64, and for men, and for those with low education. If we calculate [the loss] for those, it may be a few years of education.”

According to Chen, the damage from air pollution was most serious for people aged 64 and older, which could bring about serious consequences. “We usually make the most important financial decisions in old age,” Chen said.

The study, which was published in the Proceedings of the National Academy of Sciences journal, evaluated test scores from both language and math that are conducted by the China Family Panel Studies. Twenty thousand people participated in the study, which was conducted from 2010 through 2014. The test results were compared with records of sulphur dioxide and nitrogen dioxide pollution.

The study found that language abilities faced a greater impairment than math abilities, and that men were more at risk of experiencing these impacts than women. Additionally, the longer people are breathing in polluted air, the greater the effects will be.

Chen noted that high air pollution was the likely cause of the loss of intelligence, as opposed to simply being a correlation. Because the study followed the same individuals over a four-year span, the air pollution varied consistently, and so the researchers accounted for other factors, including genetics.

The scientists also accounted for the cognitive decline that naturally occurs as people age, as well as the general uncooperativeness and impatience that occurred on test days when pollution was particularly high.

According to Chen, the short-term effects are just as damaging as the long-term effects, and he gave the example of students who have to take important exams on days with higher than normal air pollution.

“But there is no shortcut to solve this issue,” Chen said. “Governments really need to take concrete measures to reduce air pollution. That may benefit human capital, which is one of the most important driving forces of economic growth.”

“This report’s findings are extremely worrying,” said Rebecca Daniels, a representative from the United Kingdom public health charity Medact. “The U.K.’s air is illegally polluted and is harming people’s health every day. Current policies are not up to scale of the challenge: government must commit to bringing air pollution below legal limits as soon as possible.”