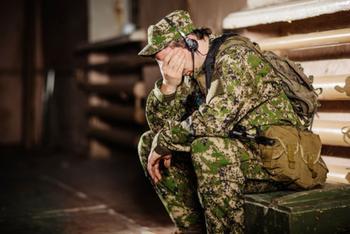 A class action suit has been filed against the United States military, alleging that many servicemen and women are being denied full disability benefits.

Soto performed military duties in two tours of Iraq in a mortuary affairs unit, processing the remains of deceased soldiers. He claims that the experiences, which took place over the course of 10 years of service, were often very disturbing and left him with vivid nightmares and psychological damage. He describes graphic scenes of bagging remains that had been blown up and dismembered beyond recognition.

After receiving seven medals and other honors with the Marines, he retired from active duty in April 2006 and was found by the Department of Veterans Affairs to be 100% disabled by post-traumatic stress disorder, which made him eligible to receive disability payments under CRSC.

However, Soto put off receiving his benefits until June 2016, at which time he was told that he no longer qualified for the full amount of retroactive compensation. The suit states that the Navy office would only pay the ex-servicemen for six of the eight and a half years he had been entitled to after retiring.

The suit alleges that the military is misreading the CRSC’s retroactive payment cap clause to the detriment of Soto and others like him.

It states that the six-year limit is imposed for survivor benefits, travel costs, payments for unused leave, and retirement pay – but not for combat-related special compensation, such as the disability compensation that Soto is entitled to. As a result, Soto claims that he is eligible for eight and half years of retroactive payments instead of six.

The suit estimates that nearly 89,000 military retirees are also being shortchanged by the cap. It is seeking class certification and damages of up to $10,000 per affected member. The case is being handled by Tracy LeRoy of Sidley Austin LLP's Houston, Texas, office.

Editor's note:  This story is about a class-action lawsuit. If you are among the class of consumers described in the suit, you may eventually be eligible to participate in whatever compensation the court awards, if any. Unlike what many people think, you do not "join" a class action -- you are either in the class covered by the action or you are not.

Often, consumers included in an award do not need to take any action, as the defendant is required to contact them directly. In other cases, the court and the attorneys who brought the case will issue instructions when the case is settled.

Please note that under our Privacy Policy, we cannot provide you with the names of other consumers who may be similarly affected.