What is the difference between Vector Security and Alert 360?

Vector Security and Alert 360 are two of the pricier home security systems on the market. These two systems have comparable smart-home capabilities and specs. However, when it comes to customer service and client satisfaction, Vector Security has a clear edge on Alert 360 from reviewers on our site.

All information accurate as of publishing date.

These are the states where Vector Security is available:

Reviews for Vector Security systems are positive, with one reviewer stating they “couldn’t ask for better service.” Among the favorable reviews, customers talked about the polite and helpful technicians and being pleased with the quality of the product. A few customers had negative interactions with the customer service team, citing frustration at trying to get a representative to call them back.

Alert 360 offers a full slate of smart-home integrations, including keyless entry and mobile app monitoring. All Alert 360 packages include professional installation. The company currently does not provide monitoring for renters. In the event of a service outage, the equipment has battery backup. Alert 360 also offers special pricing and packages for businesses, and if you already have a security system and would like to switch to Alert 360 monitoring, you can do so for $15.95 a month.

Alert 360 is not available nationwide. At the time of publication, it serves the Southern U.S. along with California, Colorado, Michigan, Illinois, Indiana, Maryland, Nebraska, Ohio, Pennsylvania, Washington D.C. and West Virginia.

Many reviewers of Alert 360 on ConsumerAffairs rate the service unfavorably. Criticisms of Alert 360 commonly include references to the equipment, such as low-quality cameras. The most frequent issue has to do with the company’s cancellation policy — many customers felt they were taken advantage of. It is worth noting that a few customers do report positive interactions with customer service.

Since many of their services and specs are so incredibly similar, these two companies are difficult to set apart. Neither Vector Security nor Alert 360 are available nationwide, however, so if you’re trying to choose between these two, it might depend on which ZIP code you live in. 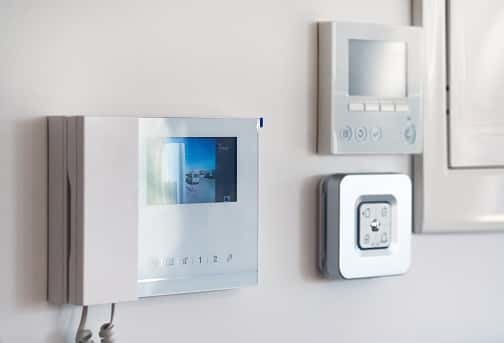 Looking for a home security system?READ OUR GUIDE