Consumers were talked into investing in schemes that promised lavish returns 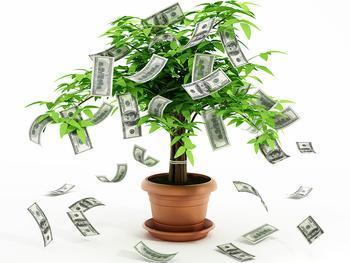 You can't get rich leaving your money in the bank, but it beats losing it to get-rich-quick schemes promoted by scam artists. That's the lesson too many consumers learn too late.

In one of the latest such incidents, a federal district court in Arizona has shut down a telemarketing scheme that the Federal Trade Commission says bilked more than $9 million from thousands of consumers, many of them seniors or military veterans.

The defendants allegedly cold-called consumers and urged them to invest in popular e-commerce websites like Amazon.com. They promised lavish returns and assured the consumers that their investment was "risk-free" and came with a "money-back guarantee," the FTC complaint charges.

Of course, no investment is risk-free or guaranteed. Even experienced investors lose money. Also, it's not necessary to deal with a cold-calling telemarketer to invest in Amazon or other publicly-traded companies, since their stock is sold on stock exchanges.

Nevertheless, consumers responded with payments ranging from a few hundred dollars to more than $20,000 and were then assured that their "account" was earning substantial returns. After 90 days, the FTC said, the telemarketers broke off all contact with their victims, who received neither returns nor refunds.

The complaint also alleges that the defendants use mail-forwarding services to disguise their location, and that they have changed their business name and mailing and physical addresses to avoid detection by law enforcement.

For example, when the Arizona Attorney General’s office summoned Susan Rodriguez to testify about the defendants’ business at a Phoenix address, the defendants promptly closed that office and moved to a different location, and Rodriguez failed to appear to testify, according to court documents.

The defendants most recently have done business as  Titan Income. They have previously done business as Building Money Network and buildingmoney.cash, Prime Cash and Primecash.net, and Wyze Money and wyzemoney.net.

Under the terms of the temporary restraining order granted by the court, the defendants have temporarily ceased operations and their assets are frozen for potential consumer redress.