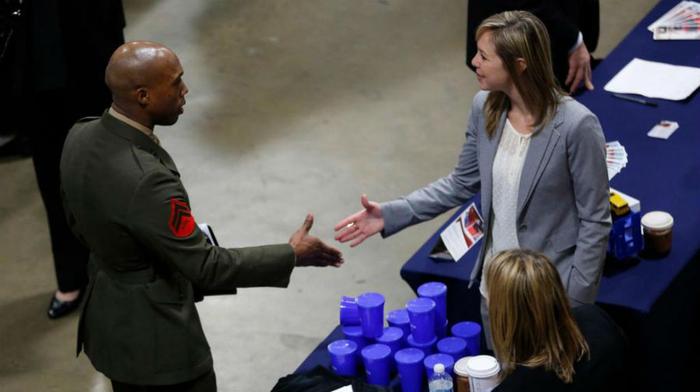 Google has upgraded its job search feature to include new tools to help veterans find jobs that suit their skills.

Former members of the military can type in “jobs for veterans” and enter their military job code (such as MOS, AFSC or NEC) to see jobs that require similar skills to those used in their military roles. The new feature works with any site that uses Talent Solution, including CareerBuilder, Getting Hired, and FedEx Careers.

In an announcement about the new feature, Matthew Hudson, a Google Cloud program manager and former Air Force civil engineer, wrote that job opportunities for veterans are “getting lost in translation.”

“There isn’t a common language that helps recruiters match a veteran’s experience with the need for their skills and leadership in civilian jobs,” Hudson said. “As a result, 1 in 3 veterans—of the roughly 250,000 service members who transition out of the military each year—end up taking jobs well below their skill level.”

Google is also allowing businesses to identify as "veteran-owned" or "veteran-led" in Google Maps and mobile search results, it said in a separate announcement. Additionally, the company is donating $2.5 million to the United Service Organizations (USO) to fund Google IT training to former members of the military to help prepare them for entry-level IT support jobs.