The fire extinguishers can fail to activate during a fire emergency 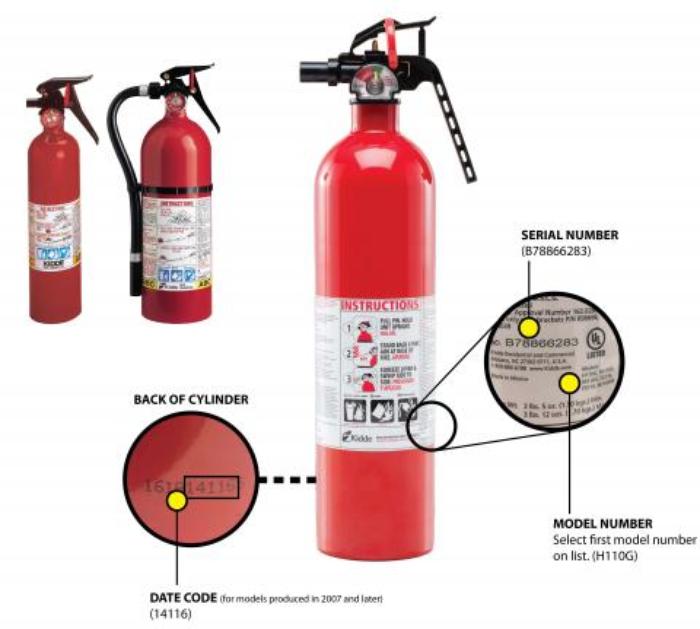 The fire extinguishers can become clogged or require excessive force to discharge and can fail to activate during a fire emergency.

In addition, the nozzle can detach with enough force to pose an impact hazard.

The firm is aware of a 2014 death involving a car fire following a crash. Emergency responders could not get the recalled Kidde fire extinguishers to work.

The recall involves 134 models of Kidde fire extinguishers manufactured between January 1, 1973 and August 15, 2017, including models that were previously recalled in March 2009 and February 2015.

The extinguishers were sold in red, white and silver, and are either ABC- or BC-rated. The model number is printed on the fire extinguisher label.

For units produced in 2007 and beyond, the date of manufacture is a 10-digit date code printed on the side of the cylinder, near the bottom. Digits five through nine represent the day and year of manufacture in DDDYY format.

The no-gauge push-button extinguishers were sold in red and white, and with a red or black nozzle. These models were sold primarily for kitchen and personal watercraft applications.

The fire extinguishers, manufactured in the U.S. and Mexico, were sold at Menards, Montgomery Ward, Sears, The Home Depot, Walmart and other department, home and hardware stores nationwide, and online at Amazon.com, ShopKidde.com and other online retailers for between $12 and $50 and for about $200 for model XL 5MR.

Consumers should immediately contact Kidde to request a free replacement fire extinguisher and for instructions on returning the recalled unit, as it may not work properly in a fire emergency.