Suddenly, banks want you and are willing to pay 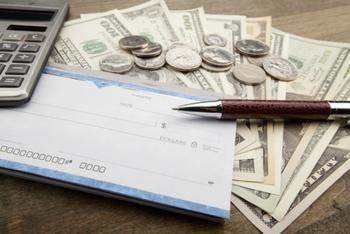 In the past few years, consumers could be forgiven if they got the impression that banks didn't want them as customers. It seems like it's been one new fee after another.

But lately, banks seem to be putting out the welcome mat, offering more rewards and incentives. New research from Bankrate.com found that banks in the 10 biggest markets in the U.S. are actually paying consumers to open a checking account.

The researchers found that banks are now paying between $10 and $400 as sign-up bonuses to open new accounts. But the offers might have a short lifespan.

"Consumers can certainly benefit from taking advantage of a sign-up bonus," said Claes Bell, data analyst at Bankrate.com. "However, promotions come and go, so it's important for consumers to act quickly if they see an offer that's desirable."

But in its report, Bankrate notes there are often conditions consumers must meet to collect the bonus, and it may or may not be worth it. The requirements vary from bank to bank. Among the most common are paying bills online, using direct deposit, and even minimum deposits.

"Although these offers are tempting, consumers need to be mindful of the fine print,” Bell said.

It wasn't too long ago that banks were actually closing accounts of customers it no longer wanted. That was in the wake of the financial crisis, when financial institutions were under more stress. For consumers still using banking services, many faced higher maintenance fees.

Now, banks are not only offering cash bonuses to customers, but are providing plenty of other incentives as well. Credit unions and small banks have introduced rewards checking account products, paying depositors interest on their balances.

The Kasasa Checking account, offered by hundreds of community banks nationwide, is not only a free account but pays an above-market interest rate on balances up to $15,000. As another bonus, customers who meet the minimum requirements get their out-of-network ATM fees reimbursed.

Requirements include a minimum number of debit card transactions each month, at least one online payment, and at least one direct deposit every billing cycle.

Bankrate has found that today, even large national banks are competing in the nation's largest metros with the cash offers. It says big banks have found giving consumers cash to open an account is actually more cost effective than spending millions on advertising – the way banks typically recruit new customers.