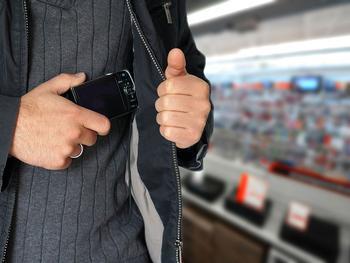 If you ever wonder where some of that super-cheap merchandise you see online comes from, here's the answer: it's stolen.

Want evidence? New York Attorney General Eric T. Schneiderman has it -- a 41-count indictment naming 12 alleged members of what Schneiderman says is a massive criminal theft and fencing ring that has operated in New York and 27 other states for years.

Schneiderman says the ring victimized retail operations including Staples, Office Depot, BestBuy, and others, lifting merchandise and reselling it at below-retail prices on Amazon, eBay, and other online sites.

During “Operation Sticky Fingers,” a ten-month investigation conducted by the Attorney General’s Organized Crime Task Force with support from the New York State Police, law enforcement seized more than 5,300 stolen electronics and ink cartridges from the enterprise’s alleged kingpin, Richard Rimbaugh, and from various alleged members of the theft crews. In addition, investigators seized more than $7.7 million from the defendants’ homes, financial institutions, and Amazon and PayPal merchant accounts.

Schneiderman says the ring has been operating for more than 20 years, stealing electronic goods, printer cartridges, and other products. Since 2012 alone, the ring has sold more than $12 million in stolen goods via Amazon and eBay internet marketplace, the indictments charge.

“As we allege, this brazen ring of criminals methodically stole millions from stores across 28 states – resulting in one of the largest-ever busts of a retail theft ring,” said Schneiderman. “Retail theft is becoming increasingly organized, with crime rings preying on businesses and creating a vicious cycle that ultimately harms consumers, when the costs are passed on in the form of higher prices."

The indictments allege that Rimbaugh, known to members of the enterprise as the “General,” instructed several theft crews to steal specific printer ink cartridges, computer software, and other consumer retail electronics based on his ability to resell those stolen goods on Amazon and eBay.

Schneiderman alleges that Rimbaugh dictated the price that the theft crews would receive for the stolen merchandise, typically paying between 30-50% of the retail value. Rimbaugh then allegedly resold the stolen merchandise on the internet through his business, American Media Soft, which he operated out of his Manhattan apartment.

In fact, when the Attorney General’s office was executing its search warrant on Rimbaugh’s home, five packages of stolen merchandise arrived, Schneiderman said.

George Athanasatos, known as the "Field Marshall," ran the theft crews, providing them with coded maps detailing target retail locations and equipping them with “booster” gear, such as custom-made vests known as “bazookas,” the indictments charge. When worn underneath regular clothing, “bazookas” can conceal large amounts of merchandise.

When departing the stores, the crews allegedly used “kryptonite” devices to deactivate security alarms at store exits, as well as short-wave radios, which made it easier for the crews to eavesdrop on store security in order to warn one another about the presence of security or law enforcement.

The 41-count indictment, unsealed in New York Supreme Court today, charged the 12 alleged co-conspirators with enterprise corruption, money laundering, criminal possession of stolen property, and conspiracy. If convicted, each of the defendants faces between 8 to 25 years behind bars.

Defendants named in the indictments, their nicknames, and "titles" include:

Members of the criminal enterprise are set to be arraigned before New York Supreme Court Justice Maxwell Wiley beginning today.