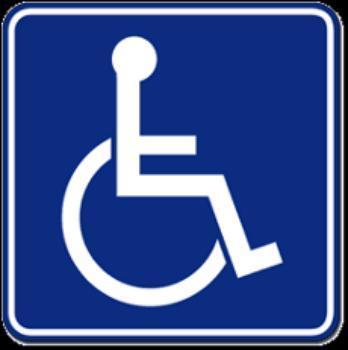 Hotels and commercial transportation companies are covered by the Americans with Disabilities Act (ADA) and have to make accommodation for consumers with physical limitations.

But Rutgers University researchers say it isn't clear whether that law covers sharing economy businesses like Uber, Lyft, and Airbnb. Because of that, they report people with disabilities may find themselves increasingly excluded.

To investigate, the research team made nearly 4,000 Airbnb lodging requests between June and November 2016. For a portion of the requests, they created profiles for potential lodgers who had four types of disabilities -- blindness, cerebral palsy, dwarfism, and spinal cord injury.

Compared to travelers with no disabilities, the study showed hosts were less likely to pre-approve, and more likely to reject, requests from the disabled travelers.

While the study was being conducted, Airbnb instituted a new policy, requiring all hosts to agree to a new non-discrimination policy. The researchers said they perceived no difference in how hosts responded to their lodging requests before or after the policy change.

The researchers also say their findings raise questions about the reach of ADA. The law applies to commercial establishments like hotels, and to some Airbnb listings. However, the law does not apply to owner-occupied dwellings with fewer than six units for rent.

The researchers say many individuals are benefiting from the disruptive nature of the internet, allowing them to leverage private assets to produce income.

"This more decentralized model of mediated exchange has potential benefits for participants, but it may also create opportunities for both intentional and unintentional discrimination," the authors write. "Although the organizations operating the peer-to-peer platforms through which exchanges take place may not be engaging in discrimination, the participants may be doing so, thereby undermining anti-discrimination laws and the principle of equal access to goods and services."

The researchers said they do not think the discrimination they perceive is based on personal prejudice. Rather, their study found that many of the Airbnb units were simply not very accessible to people with physical limitations.