E-cigarettes are just as detrimental to lung health as traditional cigarettes, study finds 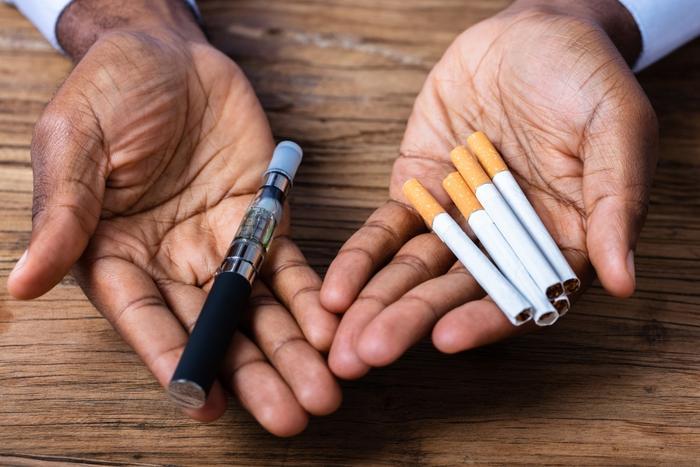 Though once believed to help consumers quit smoking, recent research suggests that e-cigarettes can harm consumers’ overall health and well-being in much the same way that cigarettes do.

A new study conducted by researchers from the University of North Carolina Health Care found that emphysema is just as likely in e-cigarette smokers as it is in traditional cigarette smokers. The team explains that those who have swapped cigarettes for vaping are still putting a great deal of stress on their lungs.

“Our findings in this study indicate that vaping may not be safer than cigarette smoking,” said researcher Robert Tarran, PhD.

Lung damage is the same across the board

Previous studies have shown that smokers have higher levels of these enzymes, which can ultimately lead to emphysema. With this in mind, the researchers wanted to gauge the levels in the three different groups to see how e-cigarettes are affecting consumers’ lung function.

All of the participants were tested for their levels of the three different enzymes.Though non-smokers were found to have normal levels of these enzymes, and were therefore not at an increased risk of emphysema, the opposite was true of both traditional smokers and e-cigarette smokers.

Not as safe as expected

The Centers for Disease Control and Prevention (CDC) recently announced its plan to further investigate claims that e-cigarettes have a direct link to lung disease. The agency is following up on reports that many young consumers have been admitted to hospitals due to symptoms related to lung disease.

Five states across the country -- California, Indiana, Minnesota, Wisconsin, and Illinois -- have reported instances of pulmonary disease that they believe are directly related to e-cigarette use, so the CDC is diving deeper to find out how the devices are affecting consumers’ health.