The digital currency has increased its value 940 percent in 2017 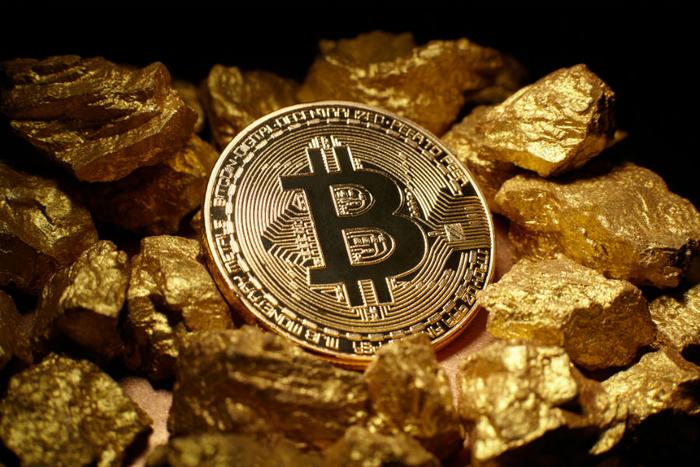 The value of a single Bitcoin has moved past the $10,000 mark, representing a staggering 940 percent increase since the start of the year.

Market analysts and financial advisors are divided over whether this emerging digital currency run represents a classic bubble or the investment wave of the future.

As Bitcoin's rise accelerated two months ago, JPMorgan Chase CEO Jamie Dimon warned investors to steer clear, calling it a fraud. On Tuesday, Vanguard Fund founder Jack Bogle, a Wall Street legend, similarly warned an audience at a meeting of the Council on Foreign Relations to "avoid Bitcoin like the plague."

Later, Bogle elaborated on his aversion to the digital currency, stating there is no underlying rate of return and nothing to support Bitcoin’s value.

In other words, it can go down just as easily as it can go up.

However, there are plenty of people who see major opportunities in Bitcoin. Wall Street hedge fund manager Mike Novogratz says cryptocurrencies (like Bitcoin) represent "the biggest bubble of our lifetime." But that doesn't mean he's shying away.

Novogratz's firm began investing in Bitcoin when the price was $90 and he predicts the currency can "easily hit $40,000 by the end of next year.”

Wall Street money manager Thomas Lee is a more recent convert to Bitcoin, but told CNBC today that his firm's mistake was initially treating Bitcoin as a currency.

"Number one, [Bitcoin] is a technology that’s going to be very important in the financial system for maintaining security," Lee told the network. "But the easiest way to think of it is as a substitute for gold. It's a digital store of value."

Indeed, as we recently reported, Bitcoin more closely resembles a payment platform than a currency. Users first create an account with an online wallet, such as Coinbase.

Dollars and other currencies are converted into Bitcoin and used to make secure and transparent transactions, cutting out banks, payment processors, and other middlemen.

After the transaction, the party receiving the Bitcoin payment has the option of converting it back into a traditional currency, or leaving it in Bitcoin.

Part of Bitcoin's appeal is the fact that there is a finite number available, giving more power to the economic principle of supply and demand.

The value of Bitcoin will always be determined by how many people want to own it. Analysts say that in recent months, institutional investors have jumped on the bandwagon and have pushed the price to astronomical levels.

If Bitcoin were to suddenly fall out of favor, or another digital currency were to emerge as a major competitor, the value could fall just as quickly as it has risen.

Lee doesn't rule out Bitcoin for mainstream investors, but says it should be a very small part of any portfolio, providing some diversification.

For the average investor, a long, detailed conversation with a trusted, objective, and knowledgeable financial advisor should be a first step before considering any new Bitcoin investments.

Update: As of publication, Bitcoin's value has surged past $11,000.