$3.75 million settlement will be distributed to affected borrowers 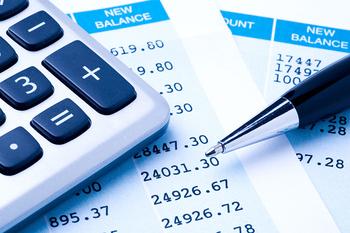 A $3.75 million settlement between Citibank and the Consumer Financial Protection Bureau will spell a refund for college students that serviced their loans through the bank.

The agency said Citibank’s handling of the loans resulted in added expense for borrowers. It said the bank misled borrowers about a valuable tax deduction on the interest paid on certain loans, resulting in higher tax payments.

A spokesman for Citibank said the company is pleased to settle the matter. In addition to paying a total of $3.75 million to affected borrowers, it also agreed to a $2.75 million civil penalty.

Under law, some student loan borrowers may deduct up to $2,500 in student loan interest paid on “qualified education loans” every year.

Borrowers still in school are allowed to defer interest payments until six months after they are no longer in school. The CFPB said it found the bank cancelled the deferments for some students even though they were still in school.

The bank was also found to have overstated the minimum monthly payment for some borrowers who had more than one student loan with the bank.

“Citibank’s servicing failures made it more costly and confusing for borrowers trying to pay back their student loans,” said CFPB Director Richard Cordray. “We are ordering Citibank to fix its servicing problems and provide redress to borrowers who were harmed.”

Under the terms of the settlement, Citibank is required to notify all borrowers who were affected by its cited actions. At this point, that number has not been determined.

According to the consent order, Citibank has 90 days to submit a plan for providing redress to affected consumers.

Consumers who were charged erroneous interest or late fees, paid an overstated minimum monthly payment, or received inadequate notices as a result of Citibank’s servicing will be contacted directly by the bank.