Horrible and incompetent pharmacy. Insurance company forces us to use AllianceRx Walgreens to order Chemo meds. Can never order online as it always says to call. Complained about it numerous times yet they fail to fix it. Called this Tuesday. Spoke with rep. Ordered chemo meds. They gave me a delivery of Friday. Friday comes. No delivery. Call on Monday. They claim they have no order placed. I told them I called. They gave me a Friday delivery and they say they have no recollection of an order. Incompetent company all around. Don't use Alliancerx Walgreens if you have a choice. They are terrible and put your life literally at stake withholding Chemotherapy Medication.

Front staff at Walgreens Pharmacy at Elmwood Ave at Rochester, NY is very rude and not professional, will never use that location again. They mock and laugh and do not help with request. Their manager dismissed complaint.

I’d like to give a commendation for Patrick (pharmacy tech). He was so friendly, personable, energetic, and friendly! He went above & beyond regarding one of my prescriptions, that was a little expensive! He wound up saving me a heap of dollars, seeing 1 of them costs over $126.00!!!! My husband was so happy, I’d thought he’d faint! Patrick was kind, approachable, and friendly! He saved me money, and I appreciate that!!!!

I purchase 2 pairs of glasses which started off with a cashier pressuring me to join their "club" for better discounts if I was willing to give up my email, cell number... I replied that I am sick of companies using my info and the senseless calls that interrupt my day. The following day I attempted to return the glasses with receipt and credit card used; however, she also wanted my driver's license. It was provided and she attempted to scan it for information which was denied. Walgreens wants your info and has no customer service skills whatsoever.

They will not return a product unless they get your info! They referred to their policy that is in very fine print and on the back of a receipt. So, I need to make a purchase in order to see the policy to return? She then said their policy is also on the front door. It was on the back of the door and only visible when exiting and again, after a purchase is made. Again, customer service was horribly arrogant. I went to CVS and they laughed. They accept returns without being laser-focused on getting your private information. They will not return my money.

Pharmacy hours are only open Mon through Friday 9-5pm. The pharmacy is NOT open on the weekends. How is that sufficient for a customer that works a daily job to pick their prescriptions after that time, it's not. Had to drive 30 minutes to pick up prescriptions for several months. One store lists open 24 hours online but that is not accurate with the store actual hours. Wait time in drive thru is at least 20 minutes. I'm not a complainer but this is disgusting. How about putting accurate store info online, not long wait lines and most importantly closing a pharmacy at 5pm and closing it over the weekends. What a joke.

I ordered a pickup order online at the Walgreens at Hwys. 54 and 55 in Durham NC. This morning. Their webpage said it would be ready in 30 minutes and that they opened at 7AM (normal business hours). I received an e-mail approximately 2 hours after placing my order (placed at 8:00 AM) saying my order has been delayed. I called the store for more info at 10:30AM. The manager (I guess) answered and simply said no employees showed up for work today, so the store is closed!! She could not give me any idea when I would be able to pick up my order. Fortunately, she was able to cancel my order. It is no wonder that Walgreens reviews are so poor.

Yesterday my doctor called in 2 prescriptions to the local Walgreens, Cambridge, MD. This am, 12:23 they called and left a message on the answering machine that they were ready. I went there at 1:30pm to pick them up and was told that one was ready and that the other would not be available until after lunch. Looking at the clock to verify the time I commented that someone had called and said that they were ready for pickup. She said that they would be available after 2:30. Now 5:09 pm and still no call that they are in fact ready.

Tried submitting the online form to consumer relations and when I hit the submit button it cleared all the responses; not once but twice. Called consumer relations and got connected to someone who said his name was Louis. Could tell right from the get go that this was going to be a waste of time and it most certainly was. As the song goes; bye, bye, so long, farewell, but I won't be seeing you in September or any other month. 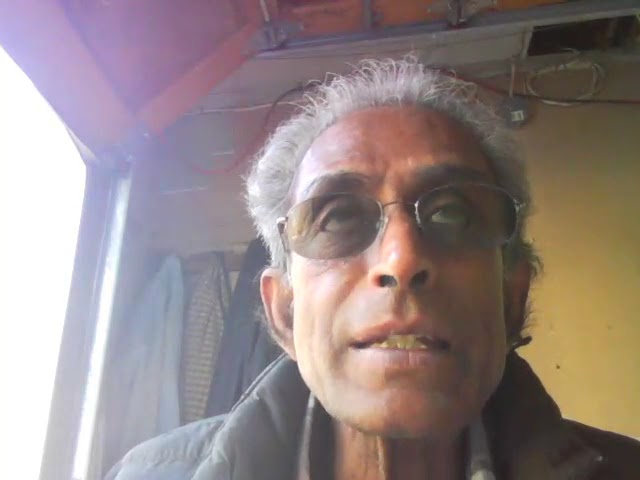 Review Transcript
It was a horrible experience today at Walgreens Pharmacy at Baldwin, New Jersey. Baldwin, principally New Jersey. I went for my flu shot. They have already my account. And [unclear 0:00:21] several years. I had to explain them probably for about five minutes to pull out my account. And then, I gave my medical card. They asked the usual questions about date of birth, last name, first name, etc. That’s fine, I gave them. After that, I gave my card. And they pulled out somebody else, my daughter’s account and said, no, they didn’t find my account. I said, “No, you have to find out.” I gave my date of birth, my telephone number. It went on for about 10 minutes. Finally, they pulled out my account. Again, she reviewed. She wanted to find out my last name. I gave my medical card. I told my last name. But she picked up my primary physician’s last name from the card and said, “That must be your last name.” I said, “No, my last name is this.” Anyway, it went on for several minutes, Then finally, put me on the list, and scheduled me, took my money, and then gave me a form to fill in. I gave her the form, a filled-in form, and she looks like put in the trash my form. I kept waiting for about 15, 20 minutes, nothing. There were no people…
2 people found this review helpful

The least customer focused and by far the least reliable pharmacy. DO NOT count on them to keep any appointment with their pharmacy. I had them not honor my appointment on multiple occasion. Today was the last straw where I had an appointment which I double confirmed (yesterday) and still when I showed up, they told that they are having a problem with their system and would need to reschedule my Covid appointment but they willing to give my flu shot (hmm what system problem that accepts flu shots but not Covid vaccine). They lie and they don't care.

Absolutely awful wait times, customer queues & service. Store #04730 - Mill Creek, WA. averages 15 minutes per car in the drive-through - usually 4-5 car waiting at any given time so you do the math. The average wait time at the pharmacy counter is 45 minutes to 1 hour. Upon calling the pharmacy, I have sat on "hold" over an 1.5 hours only to have the call dropped and having to start again. It is always blamed on staffing shortages, pandemic, excessive demand - you pick the excuse. Drug inventory shortages are becoming more prevalent due to management metrics on inventory stocking levels & associated carrying costs. The result is multiple trips to obtain a complete prescription fill.

Management is aware of these issues but unable or unwilling to do anything about it as it is easier to push the inconvenience down onto the customer. Customers vote with their $'s and feet so do yourself a favor (unless you like the abuse) and DO NOT do business with this location or Walgreens as a company, they are absolutely the worst pharmacy I have ever had the misfortune to deal with!

Read full review
Be the first one to find this review helpful
Loading more reviews...

Walgreens Pharmacy is a widely-known provider of pharmaceutical services across North America. Walgreens’ online pharmacy is a quick, convenient way to get prescriptions refilled. Prescriptions can be delivered to a specific store and managed from anywhere with an Internet connection. Consumers can set up an account and manage their health from an online dashboard.