Straws are the latest frontier in battle to curb plastic pollution

One California town is banning plastic straws by June 1 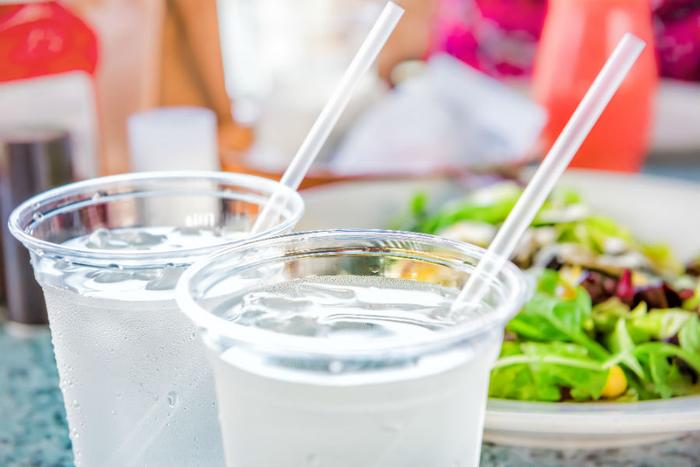 A drink with a plastic straw is a familiar part of the restaurant experience for diners, and placing a straw in a glass can feel like second-nature for workers. However, conservationists and some government agencies are now trying to put a stop to a practice that is all but ingrained in the modern dining experience.

Last week, the City Council of Malibu, California voted to ban single-use plastic straws and cutlery within city limits by June 1. Restaurants will be sent free, recyclable paper straws to help with the transition. The wealthy California coastal town has already banned plastic bags and Styrofoam, two other major contributors to ocean pollution.

“It’s the right thing to do,” City Councilwoman Laura Rosenthal told the Associated Press. “If people could see all the plastics that we find on a daily basis, I think everyone would be supportive of this ban.”

Outside of the United States, authorities are taking more widespread action to crack down on plastic dishes and straws. The government of Taiwan announced on February 22 that it is banning a swath of single-use plastic items, including bags, straws, and cups, by 2030.

Scotland also announced this year that a ban on cotton-tipped plastic ear swabs and plastic straws will go in effect by 2019, making it the first country in the United Kingdom to ban single-use straws. The United Kingdom also recently banned microbeads, the small plastic beads common in exfoliants and body wash.

Debate over plastic waste reportedly became so heated across the pond that it incited a Twitter war between United Kingdom Environment Secretary Michael Gove and European Union Commissioner Frans Timmermans, both of whom accused the other of not doing enough to ban single-use straws.

“There has been no specific proposal - as yet - from the EU to ban straws,” Gove wrote on Twitter. Timmermans shot back that the Eunion Union is introducing legislation on single-use plastics “before the summer.”

The United States is probably a long way off from political Twitter wars over who has done a better job of cutting down on plastic waste, but businesses here are taking voluntary measures.

In Hawaii, the Modern Honolulu and the Hilton Waikoloa Village hotels announced last week that they will no longer serve guests drinks with plastic straws. Instead, the hotels will provide paper straws in drinks, but only upon request. Otherwise, visitors can expect their drinks to be straw-less.

In Portland, a handful of farm-to-table restaurants are reportedly taking similar steps. And the northern California town Davis last year passed an ordinance requiring servers to ask dine-in customers if they need a straw rather than automatically supplying one.

At the state-level, both Hawaii and California legislators have introduced bills to ban plastic straws, though both proposals have stalled. The measure in California is particularly controversial because restaurant servers themselves would face a fine of up to $1,000 or jail time if they give customers a single-use plastic straw without asking.

Experts predict that there will be more plastic than fish in the ocean by 2050. Environmental advocacy groups like the National Resources Defense Council say that cutting down on individual plastic waste is an important measure to curtail plastic pollution, as only a small fraction of plastics are recycled.

In January, China announced that it will no longer accept the world’s plastic in its landfills, creating what experts warn is a major crisis for the United States and other plastic waste exporters.

Backlash to straws themselves began three years ago, when marine conservation biologists Christine Figgener and Nathan Robinson posted a video to YouTube showing a sea turtle that had a plastic straw stuck inside of its nostril.