Municipal debt collectors agree to clean up their act 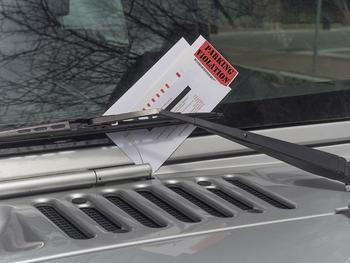 Governments are often no better than private businesses when it comes to collecting debts. Take a company called American Municipal Services Corporation. It collects court fines, parking tickets, and debts for utility bills and other services for more than 500 municipalities.

But the Federal Trade Commission says some of the tactics the company uses are in violation of the Fair Debt Collection Practices Act (FDCPA) and other regulations.

Using “Warrant Enforcement Division” or “Municipal Enforcement Division” letterhead that falsely suggested that the letter was coming from a government agency, the defendants sent consumers an initial warning letter, and then a “FINAL NOTICE” falsely claiming, among other things, that the consumer was subject to imminent arrest for nonpayment, that their driver’s license may be suspended for nonpayment, and that the debts would be reported to consumer reporting agencies.

Under a proposed stipulated order, the company will be prohibited from making misrepresentations to collect debts, including: that an arrest warrant has been issued, that consumers must act immediately to avoid arrest, that failure to respond may lead to suspension of a driver’s license, that the defendants’ communications are from a government entity with arrest power, and that consumers’ payment status will be reported to credit reporting agencies.

The order also imposes a $350,000 judgment that must be paid within seven days.