Money 101: how to start saving

Can you still save while paying off debt? 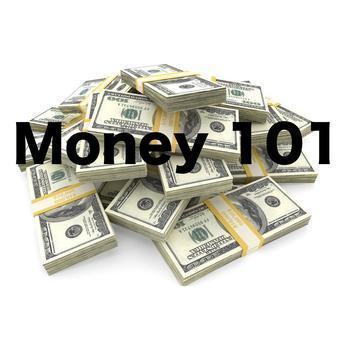 After years of stagnant incomes, consumers are finally beginning to take home a little more money in their paychecks. The U.S. Census Bureau reports the median 2015 household income rose 5.2%, or $2,798, over 2014.

It would be nice to think that this extra money could go straight into a savings account, but since this is the first increase in median household income since 2007, many households are still struggling to make ends meet.

So is it unrealistic to think these consumers, currently living paycheck to paycheck, can start a savings plan? Not at all, says Bruce McClary, a vice president at the National Foundation for Credit Counseling.

But McClary says saving is firmly connected to budgeting. Only when you have made out a budget, he says, will you be able to maximize your savings.

“A lot of people say they don't have room for savings, so then I ask if they're tracking their spending, and a lot of times the answer is no,” McClary told ConsumerAffairs. “Once they go back and track their spending, they can usually find places where they can save. Then it's a matter of putting together a plan, asking how much can you save on a regular basis.”

What about consumers who are paying off credit card debt? Heather Battison, a vice president at TransUnion, says it may be possible to both save and pay down debt, but not at the expense of missing a credit card payment, or paying less than the minimum.

“Missed payments will likely be reflected in a credit report, which may have a negative effect on the score,” Battison said in an interview. “If there are funds left over after fulfilling payment obligations, the surplus can be used for a savings plan.”

It's also helpful to have a goal for savings, but Diane Moogalian, Vice President, Customer Operations at Equifax, says one of the first goals should be to create an emergency savings fund. As the name implies, it's a fund you can dip into when faced with an unexpected expense.

“By creating an emergency budget, you may be able to avoid having to rely on other means of financing emergencies such as credit cards, which may carry high interest rates,” she said.

And it doesn't take a lot to get started. Kristen Holt, CEO at GreenPath Financial Wellness, says depositing just $20 a week into an emergency fund will yield over $1,000 cash in a year. That, she says, could make a huge difference if you need a new set of tires or to replace the water heater. It will keep those expenses off your credit card.

McClary suggests automating the savings process so that you will pay yourself first each payday. He recommends setting up an auto deposit or transfer from one account to another. He says once you get started, you won't miss the money and the savings process is relatively painless.