It's less complicated than before--which isn't saying much 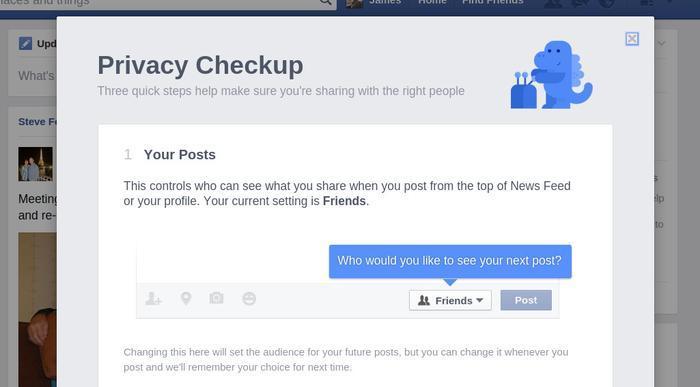 There's an old joke — old by Internet standards, anyway — saying that if you don't like Facebook's privacy policies, just wait a few minutes and they'll change.

Of course, that joke exaggerates for humorous effect. In reality, it can take up to several weeks for Facebook to invent, implement and announce new policy changes. Consider the most recent (as of Nov. 24, 2014) Facebook privacy-policy announcement email: if you have a Facebook account, there's a good chance that over the past weekend, Facebook emailed you an announcement about upcoming updates to its Privacy Basics policy, scheduled to kick in on January 1:

We wanted to let you know we're updating our terms and policies on January 1, 2015 and introducing Privacy Basics. You can check out the details below or on Facebook. Over the past year, we’ve introduced new features and controls to help you get more out of Facebook, and listened to people who have asked us to better explain how we get and use information. …

Pretty standard marketing boilerplate, in other words. The policies outlined in that email aren't exactly new proposals, however. Facebook made its official announcements to the media almost two weeks before sending that email to various users this weekend; on Nov. 13, for example, the Washington Post's Switch blog reported “Facebook rewrites its privacy policy so that humans can understand it,” whereas Fortune's Tech blog said “Facebook's privacy policy is clearer, but no less complicated.”

Whether you take a glass-half-empty or glass-half-full view of the situation, one thing is clear: Facebook's actual privacy policies aren't changing all that much; Facebook has merely clarified (and reduced in number) the words it uses to describe them.

If you go to Facebook's “Updating our terms and policies” blog post and read through the first 559 words (not including the title), you'll see where it clearly says “Nothing is changing with these updates.”

Most of that blog post simply discusses Facebook's various features and policies in glowing terms. The highlights – or at least, the parts Facebook felt important enough to set apart in bold print – are that these rewritten policies are “Helping you get more out of Facebook,” including the ability to:

So even though nothing's officially changing except the wording, the non-changing updates will come into effect as soon as the New Year turns.