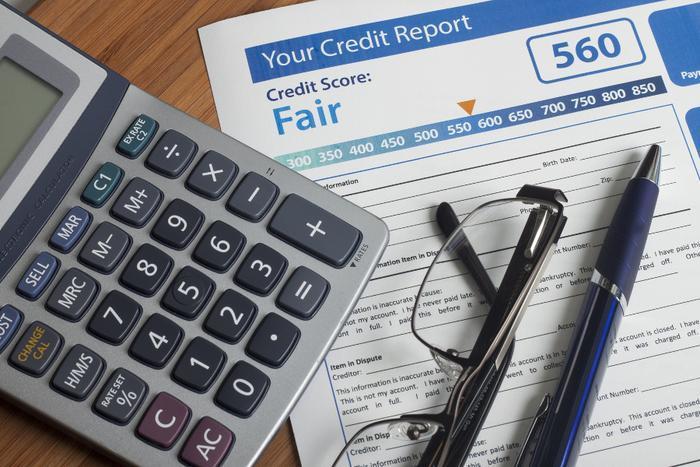 There's potential good news coming for American consumers: New York State's attorney general announced today that his office has reached an agreement with the country's three major credit-reporting agencies, which will change the way they fix their own mistakes as well as the way they handle medical debt.

Attorney General Eric Schneiderman told the Wall Street Journal on Monday that TransUnion, Equifax and Experian promised to be, as the Journal put it, “more proactive in resolving disputes over information contained in credit reports — a process federal watchdogs and consumer advocates have long decried as being stacked against individuals.”

Indeed, that deck's been stacked against ordinary consumers for about as long as credit-reporting agencies have existed. Consider: with most companies, if you-the-consumer don't like the product or service it offers, you always have the option of taking your business elsewhere, also known as “voting with your wallet.”

But you can't do that with the credit-rating agencies because you are not their customer; you (or whatever information they claim to have on you) are what they're selling. Their customers are mortgage lenders, cell phone providers, credit card companies, car dealers – any business or institution which might lend you money, or enter into a contract with you. (And if you work in the financial industry, or take any job handling money, there's even a chance that a low credit rating will keep you from getting hired.)

In theory, your credit rating is supposed to help lenders judge how likely you are to actually pay back a loan: the higher your rating, the greater your perceived creditworthiness and (in general) the lower the interest rate you'll pay on anything from credit cards to wireless-phone plans to your home mortgage.

It's not too much of an oversimplification to say, “The way it works is, if you don't pay your bills on time your rating goes down, especially if those unpaid bills make it to a collection agency.”

In many cases this makes perfect sense. If, for example, someone has the regular habit of maxing out credit cards, buying things on store credit and rarely paying those bills on time, chances are that someone isn't very good at handling money, and is a poor risk to repay any funds you might lend them.

But there are problems with this system. The first is that if these credit agencies make errors about you, say by reporting you as delinquent on various bills even though you're not, you'll suffer negative consequences while the agencies themselves have little incentive to fix the error – after all, it's no skin off their nose if you pay higher interest rates.

Which is why Attorney General Schneiderman's office got involved, and started investigating the three credit agencies in 2012, after New York State residents complained about errors on their credit reports, and how very difficult if not impossible it was to fix them. (Schneiderman's agreement with the three agencies applies to all Americans, not just those in New York.)

And of course, it's not just New Yorkers who have such complaints. Here at ConsumerAffairs, we get a pretty reliable string of complaints about all three credit agencies from all over these United States.

Of the three agencies, Experian is arguably the most famous (or infamous) and has been ever since last year, when news broke that Experian had inadvertently sold Americans' confidential financial information to Vietnamese identity thieves.

Karianne from Grand Island, New York wrote us last month with this complaint about Equifax:

I have tried to get my free credit report. However when they ask questions to verify your identity, I answer all the questions and they tell me that they are incorrect. I know where I have lived and that I have not had a mortgage in 15 years, let alone 6 months ago. BEWARE!!!

Ken in Kentucky also found faulty information on his Equifax report. He wrote on Feb. 10 to say:

Out of the blue, Equifax started reporting someone else's credit history on my file. Have no idea why or how, it just is. Only found it out after my mortgage lender pulled my credit prior to closing on my new home. Erroneous information wasn't there when we applied for the loan and was approved. Have been working for weeks to get the morons at Equifax to get it fixed. I've had no success. You get the run around and no answers. I can't even get a supervisor on the phone. They said I need to fax my identification (ssn card & DL) and I did that several times, but nothing's changed or updated.

Meanwhile, my credit score keeps going down and down every month as the bills on the other person's credit don't get paid! What Equifax is doing should be considered criminal and they should be held accountable for this type of stuff. I can't be alone....

Even without false facts on your credit report, your score can change for unknown reasons. Christy from Smyrna, Georgia, told us about her Equifax issues on the day before Valentine's Day:

Nothing changed on my credit report, nothing! And yet, my score dropped 80 points. When I called them, they said they would not discuss over the phone. I must write a letter and they'll respond in 30-90 days. So, I guess UNTIL THEN, TAKE IT AND LIKE IT. Did I mention, nothing on my report had changed?! And if you can't discuss via phone, then why did you answer the phone?

Not that Equifax is unique in this regard; it's easy to find similar complaints about all credit agencies. In January, Kris wrote us from Newport Beach, California, about problems with TransUnion:

My credit card company supplies me with my Fico score from TransUnion. Give them a call to find out WHY my score dropped 100+ points. All I wanted was for them to tell me why, but they did smoke/mirrors and redirection. Crappy customer service!!!

Heather from Joplin, Missouri found TransUnion even worse than the other two agencies. She wrote us on Jan. 9 to say:

Disputed my student loans that should have been removed 30 days after June 2014. Experian and Equifax fixed in a timely manner. Still waiting on Trans Union! Called and didn't get any help, just the runaround! Customer service sucks!

Though AG Schneiderman's agreement will the three agencies will presumably result in better customer service regarding such errors, it won't come into play right away: the Wall Street Journal said that most of the changes will come into effect “over the next six to 39 months.”

Better handling of such errors is not the only aspect of Schneiderman's agreement; the three credit agencies have also promised to change the way they deal with customers' unpaid medical bills.

Medical bills have long been problematic because – going back to the idea that your credit rating is essentially a proxy for how financially trustworthy and reliable you are – the current system basically views all debts as being equal, so it doesn't distinguish between being $50,000 over your head because you needed emergency surgery, or $50,000 over your head because you keep putting luxury vacations on your credit card.

You can even go into medical debt without realizing it; under the current system, customers get dinged for unpaid debt because their insurance companies delayed payment. Schneiderman's agreement with the credit agencies will require them to wait 180 days before adding medical debt to consumers' credit reports, so consumers can use that time to fix any discrepancies.

Also, in cases where an insurance company did eventually pay off a bill, that debt would have to be removed from the consumer's credit report soon after, rather than stay on for up to seven years.

For the record: you can get your credit report once a year, for free, at  https://www.annualcreditreport.com/index.action.