The CDC is monitoring the outbreak 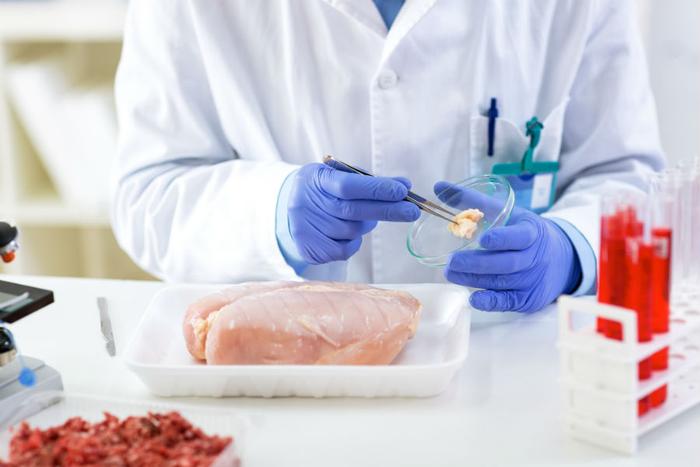 Earlier this week, the Centers for Disease Control and Prevention (CDC) reported that an antibiotic-resistant salmonella outbreak began spreading from chicken and has since infected 92 people across 29 states.

The Food and Drug Administration (FDA) is currently investigating the outbreak and reported 21 hospitalizations so far, though no deaths have been reported.

The CDC interviewed 54 infected people to get a sense of what they ate in the week before getting sick. Based on the responses, there was no one single thing that led to this outbreak, though nearly 90 percent of the people interviewed reported eating or preparing chicken that they purchased raw. The chicken came from several different brands and was purchased at several locations, and one person was infected after a pet ate raw ground chicken pet food.

Though the FDA and the U.S. Department of Agriculture’s Food Safety and Inspection Service (USDA-FSIS) have yet to pinpoint exactly how the outbreak started, the agencies have also discovered that the infection doesn’t respond to several different antibiotics.

Based on whole genome sequence (WGS) testing of 43 infected people and 68 food samples, the infection didn’t respond to the following antibiotics:

This is important for doctors to be aware of, as many traditional antibiotics may not work in treating the infection, and an alternate plan of attack may be necessary.

The CDC and the USDA-FSIS have contacted suppliers in the chicken industry to inform them of the outbreak and will continue to monitor it and update consumers as more information becomes available. The CDC also warns consumers to take extra precautions when preparing raw chicken and has provided several food safety tips to help avoid contracting salmonella.

While antibiotic resistance can be troublesome for physicians trying to help patients fight off infections, much research has been done recently to help make strides in this area.

Many times doctors prescribe the wrong medications because they’re unsure of which treatment option will be effective, but a study conducted by researchers from Uppsala University in Sweden found a new method that will allow doctors to ensure their patients receive the right antibiotics before leaving the office -- and faster and more efficiently than before.

Moreover, scientists discovered a new drug -- found in a soil sample from Italy -- that works in killing several strong infections that were thought to be resistant to antibiotics. Stefano Donadio, lead researcher on the study, emphasized the importance of utilizing natural products in antibiotics research, as the drug -- pseudouridimycin -- was found to be highly effective in the testing stages.