Find Hearing Aids partners near you

For over 77 years, Beltone has provided personalized hearing care solutions for individuals with hearing loss. Our award-winning, technologically-advanced products are backed by BelCare protection, and are available in over 1,500 locations across the United States.

Find Hearing Aids partners near you

Beltone has five hearing aids with technology dedicated to reducing background noise and focusing on speech and relevant sounds. Their apps and user-friendly tech make up for vague pricing only found on third-party sites.

Why Trust ConsumerAffairs
How do I know I can trust these reviews about Beltone Hearing Aids?

They're friendly and efficient, and their service is perfect. Everything about them is wonderful. I've had four Beltone hearing aids in the last 30 years and I'm very happy with t...

My hearing wasn't what it should be before I got Beltone Hearing Aids. I could hear the sound, but couldn't make out the words and thought everybody was mumbling. I took a free he...

Unfortunately, you won’t find prices on Beltone’s website; however, this is fairly common in the hearing aid industry. High-tech hearing aids with adjustable programs, apps and tinnitus relief tend to come at a high price. Still, you will only end up paying a few dollars a day for a hearing aid that lasts several years. Although prices aren’t exact, you can expect a hearing aid from Beltone to cost roughly $2,500, with some costing up to $4,500 per hearing aid.

Beltone has a wealth of additional features and technologies to enhance your hearing experience. A Beltone representative can tell you which smartphone app is best for your hearing aid.

Do we recommend Beltone hearing aids?

We recommend Beltone hearing aids because they have a large selection of models and customizable styles, a broad sound coverage range and additional complementary technologies. We do wish pricing were more transparent, but their hearing aids are high-quality, making them a great option for the hearing impaired.

Appointment on time. Review of test results were much the same as a previous test taken several years ago. Professional testing agent and very good explanation of high frequency deficit. Will schedule another test in a year or so.

Always enjoy the visit and support with my semi-annual checkup. Not only great service and consultation during the visit, but also receiving text message reminders prior to the appointment to remind me and confirm that I will be there.

I purchased my Beltone hearing aids from Englewood Florida and found them difficult to wear. Dr. Jeff was awesome and changed the little buds that go in your ears and they are now very comfortable and I can wear them all the time. Really made a difference. Since I work in Venice I changed to the Venice office. Dr. Jeff is at that office as well so it made it easy. Also Lisa, his receptionist, was always ready to accommodate. Since I care for a sweet 95 year old blind lady, and her hearing aids were no longer working, I suggested she try Beltone. I took her in to meet Lisa and Dr. Jeff. They did a full evaluation and we’re able to fit her with Beltone hearing aids that were far superior to what she did have. Both of us could not be happier! I highly recommend if you need new hearing aids or an evaluation, please go see Lisa and Dr. Jeff! Just tell them that Cheryl told you to go in as they are the “Best”.

I’ve been wearing hearing aids since 1995. My experience with David ** goes back at least 10 years. He recommended Beltone Amaze. My hearing loss is profound. He suggested I try the new aids. The moment he put them in my ears it was amazing. I’m so grateful to him for talking me into trying this new technology. He truly is the best, caring, professional, knowledgeable and sincere. I would highly recommend him to anyone who wants results.

Dr. ** was very helpful in picking the right hearing aid for me and was very professional, knowledgeable, comforting. I highly recommend this office. Dr. ** also took care of my Father-in-Law who highly recommended him to me.

My appointment was at 2 pm at the Beltone Pharr TX center and I arrived 15 minutes early. I was not seen till 2:31 pm. I was the only client waiting in the lobby. Staff seemed to be taking a break because there was too much talking giggling and laughing in the department.

I was so very delighted to go to Beltone on Oct 6. only to be told by the guy that the insurance I had was a scam. The hearing aids the insurance would pay for would do be no good at all and he could personally sell me used hearing aids. I called my ex. He said no. It sounded like a scam. I wrote a review then the manager called and wanted a meeting on Oct 27. I had gave a bad review and she wanted me to give her a good rating which I did until I met her. She did same thing. Pushed high price hearing aids. Said she could order the insurance ones until I could get the big priced ones.

I was distraught. Here I have insurance and I still can't afford to hear. I called insurance company. They sent me to another place on Oct 28. There they understood I did not have money just the insurance. They knew my hearing was bad but still found hearing aids for me that would work that I could adjust. They ordered them it would take 45 days. I went home, called beltone, told them, "Cancel my order. I won't need your service. I found another place I ordered from." Beltone knew they had not ordered yet but they went and cancelled my order from Hearing Life. Now I have been waiting over 45 days just to find out beltone cancelled the order. How could they do that knowing how I needed to hear. Knowing they had not ordered it was not their order. To me that is not good business.

They cleaned my hearing aids and checked everything. Checked my ear canal for problems and I am good! Fast and professional! Friendly staff and they make you feel very comfortable with these Beltone people. 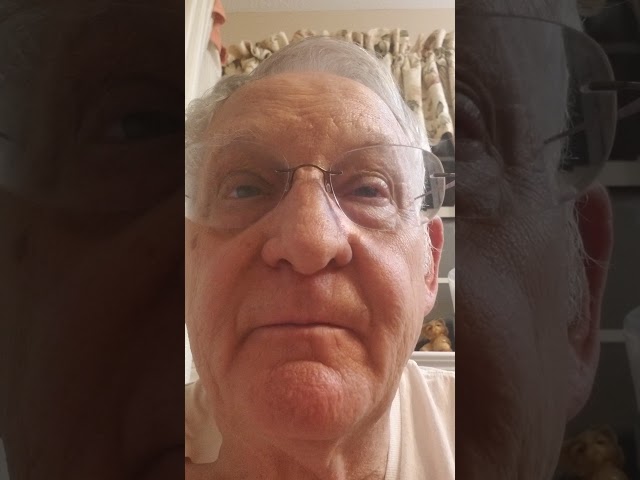 Review Transcript
I gave Beltone a 5-star rating because I’ve always had great service here. People are friendly, helpful, and they’ve taken care of my hearing aids for the duration of 10 years that I’ve had them. And I’ve said to a friend that the product is quality products, and if you service them and take care of them, they last for a long time. Thank you.
Be the first one to find this review helpful

Was sold the most expensive hearing aid on the basis that it would be upgraded ($6500) and was not notified that the company Beltone bought the hearing aid from went out of business so I suffered a $6500 loss. Had I been notified maybe they could have gotten me a supply of rechargeable batteries from existing stock. I was called in for my annual check up, not told that my hearing aid was useless, asked to bring my wife with me for the 120 mile round trip and when I got there received a sales pitch on the latest and greatest hearing aid Beltone offers, no discount. I was told hearing aids only last 4-5 years anyway. I was lied to to make a sale in the beginning, mislead on the "checkup" and suffered a $6500 loss. Beltone is not to be trusted.

As a member of the ConsumerAffairs Research Team, Kathryn Parkman believes everyone deserves easy access to accurate and comprehensive information on products and businesses before they make a purchase, which is why she spends hours researching companies and industries for ConsumerAffairs. She believes conscious consumption is everyone's responsibility and that all content deserves integrity.