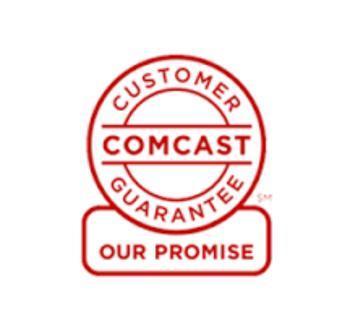 Comcast deceived nearly all of its 1.2 million subscribers in Washington with its deceptive "Comcast Guarantee," the state charges. Its lawsuit alleges the company padded its bottom line by tens of millions of dollars in deceptive charges.

“This case is a classic example of a big corporation deceiving its customers for financial gain,” Washington Attorney General Bob Ferguson said. “I won’t allow Comcast to continue to put profits above customers — and the law.”

Comcast said it would "vigorously defend" itself against the charges.

"The Service Protection Plan has given those Washington consumers who chose to purchase it great value by completely covering over 99% of their repair calls," said Jenni Moyer, Senior Director, Comcast Corporate Communications, in an email to ConsumerAffairs.

"We worked with the Attorney General’s office to address every issue they raised, and we made several improvements based on their input. Given that we were committed to continue working collaboratively with the Attorney General’s office, we’re surprised and disappointed that they have instead chosen litigation.  We stand behind our products and services and will vigorously defend ourselves," Moyer said.

The lawsuit also accuses Comcast of violating the CPA to all of its nearly 1.2 million Washington subscribers due to its deceptive “Comcast Guarantee.”

Although Washington is the first state to sue the cable giant, Ferguson notes that the Service Protection Plan is a nationwide program and many of the allegedly improper practices are used in other states.

The suit accuses Comcast of deceiving its customers into paying at least $73 million in subscription fees over the last five years for a near-worthless “protection plan” without disclosing its significant limitations.

The plan promises that, for $4.99 a month, customers can avoid paying a service charge if a Comcast technician visits their home to fix an issue covered by the plan.

Comcast routinely claimed that the “comprehensive” plan covered the cost of all service calls, including those related to inside wiring, customer-owned equipment connected to Comcast services, and on-site education about products. However, Comcast did not appropriately disclose that the plan does not cover repairs to any “wall-fished” wiring — wiring inside a wall — which constitutes the vast majority of wiring inside homes, the lawsuit charges.

Customer service scripts, obtained during the investigation, direct Comcast’s representatives to state that the plan covers service calls “related to inside wiring” or “wiring inside your home.” The plan does not, in fact, cover the vast majority of inside wiring, the suit alleges.

The lawsuit also takes aim at Comcast's Customer Guarantee, which states: “We won’t charge you for a service visit that results from a Comcast equipment or network problem.”

But despite that promise, Comcast charged thousands of Washington customers for service calls that resulted from a Comcast equipment or network problem, including issues with Comcast HDMI and component cables, Comcast cable cards, and the installation of drop amplifiers, which fix Comcast signal problems, the suit alleges.

The suit also alleges that Comcast conducted thousands of improper credit checks, unnecessarily impacting the credit reports of those customers.

Comcast requires a deposit for equipment, but that deposit can be waived if a credit check reveals a high credit score.

On more than 6,000 occasions, however, Washington state consumers paid a deposit to Comcast, despite credit checks performed by the company revealing the customers had high credit scores, the suit charges.