The Maryland legislature has put grain alcohol back in the spotlight, passing a law banning its sale. Maryland Gov. Martin O'Malley signed the bill into law this week. 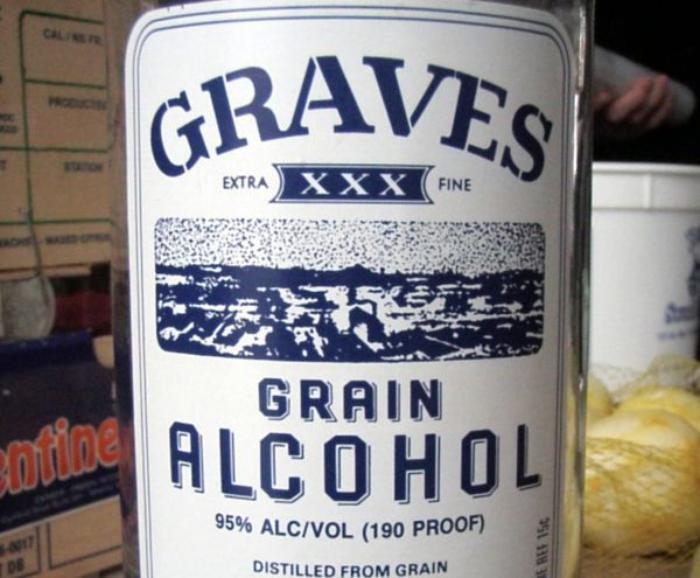 Maryland joins 14 other states in banning its sale, a move in support of efforts to curb binge drinking by college students and underage teens.

Grain alcohol, also known as “extreme-strength” alcohol, is booze in its purest form. It's 190 proof, meaning it is 95% pure, and has no color, taste or smell when mixed with juice or punch. By comparison, a premium distilled spirit like bourbon of vodka is typically 90 proof, or 45% pure.

In the Mountains of Kentucky, Tennessee and West Virginia gain alcohol goes by another name – moonshine.

During Prohibition people in remote areas turned out jugs of the stuff. Even after Prohibition ended the mountain stills stayed in operation, since home-produced moonshine could be sold without the taxes imposed on commercially-distilled spirits.

Cheap even with taxes

Today grain alcohol, even with the tax, remains very cheap. In fact, its low price, as cheap as 38 cents per drink, makes it especially attractive to underage drinkers.

Researchers who have studied underage binge drinkers have found that among this group, grain alcohol tends to be the drink of choice.

According to a recent national survey, underage binge drinkers are far more likely to use extreme-strength alcohol than their non-binging peers.

Drinking on campus is hardly new, and that may lie at the root of the problem. The National Institute on Alcohol Abuse and Alcoholism notes that the long-standing tradition of drinking on campus has, in recent years, become a culture, “entrenched in every level of college students' environment.”

“Grain alcohol is seen as a cheap and reliable way to get drunk quickly, sometimes without the person knowing it. Not surprisingly, its potency and low price make grain alcohol a popular option for college students,” said Jonathan Gibralter, president of Frostburg State University and a key proponent of the Maryland legislation.

Gibralter cites NIAAA estimates that, nationwide, drinking on college campuses is responsible for 1,825 deaths, each year. In addition, campus alcohol consumption is blamed for 599,000 injuries such as car crashes and falls, 696,000 physical assaults, and 97,000 sexual assaults.

He said recent polling data from the research firm OpinionWorks found nearly 70% of people in Maryland consider excessive alcohol use on college campuses to be a serious or very serious problem. So it wasn't hard for the state's lawmakers to impose the ban.

Unfortunately, making moonshine isn't all that hard to do. In America there is a long tradition of home-brewed spirits.

In the film and TV series M*A*S*H, the army doctors of the 4077th maintained an active distillery in their tent. During prohibition many people became expert at producing “bathtub gin.”

One only has to consult the Internet to find recipes, step-by-step instructions and even YouTube videos for building a distilling apparatus and producing moonshine.

While frat parties on Maryland campuses won't be serving up grain alcohol from the corner liquor store, school administrators may need to step up oversight of college dorms to make sure enterprising students aren't trying to fill the void caused by the ban.