FBI warns consumers to look out for romance scams 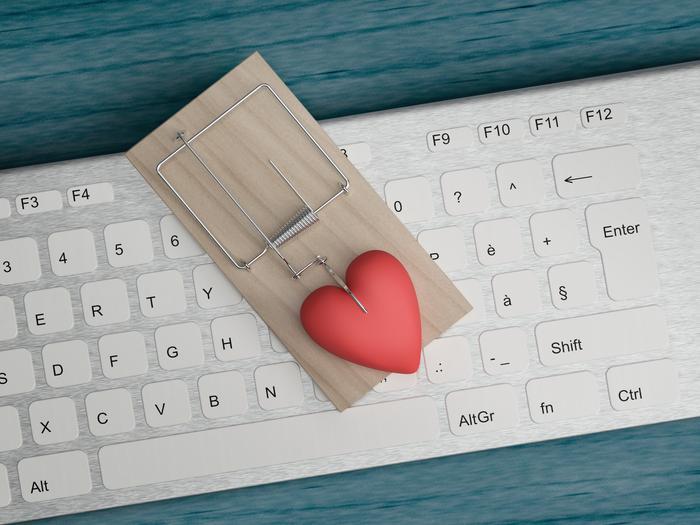 Confidence/romance fraud -- also known as “catfishing” -- continues to rise, with more than 18,000 people claiming they were hit by the love bug to the tune of $362 million in losses. That’s up more than 70 percent over the previous year.

Comparatively, those 18,000 victims make confidence/romance the seventh most-reported complaint and a bigger problem than identity theft and credit card fraud.

How the game is played

As you might imagine, the typical platform for the fraud is online dating sites. Decoys usually show up as someone posing as a U.S. citizen living or vacationing abroad, U.S. business owners seeking assistance with money-making investments, or U.S. military personnel deployed overseas.

“After establishing their victims’ trust, scammers try to convince them to send money for airfare to visit, or claim they are in trouble and need money,” the Federal Bureau of Investigation (FBI) explained. “Victims often send money because they believe they are in a romantic relationship.”

To keep things fresh, the perpetrators are leveraging some new twists. One of the new favorites is enlisting the victim to become a “money mule” -- someone who illegally assists in transferring money for someone else. Actors typically play this angle slowly, grooming the victim to trust the actor, then, when the confidence level is where the actor wants it, they ask the victim to open up a new bank account under the pretense of sending or receiving funds.

Just like legitimate dating sites, the lure is typically a photo, just not the cyber crook’s photo. The photos are usually copied from another source like social media or a royalty-free image site.

To verify whether the photo is actually that person, the FBI suggests performing a reverse image check. To do that, consumers can simply do the following:

If you think that dating site administrators should do their due diligence when someone registers their profile, you’re probably right. However, most don’t, putting the onus on the users. Of all the red flags to be on the lookout for, the FBI says the most telling is an immediate request to talk or chat via email or a messaging platform outside the dating site.

Other warning signals the FBI says to be on the lookout for include:

Be careful with your personal information

The FBI’s bottom-line advice is pretty much the same for this fraud as it would be for any other:  don’t send money or give out credit card numbers, bank account information, or Social Security numbers to anyone you meet online until you’ve completely verified the recipient’s identity. Authenticating someone’s identity will take work, but you know what they say about an ounce of prevention.

Sadly, love can turn good people into suckers. If you feel you’ve been duped, the FBI recommends taking these steps: