Are lawmakers trying to kick the sex trade offline?

Adult performers, escorts, and others say that current laws could send consensual sex workers back to the streets 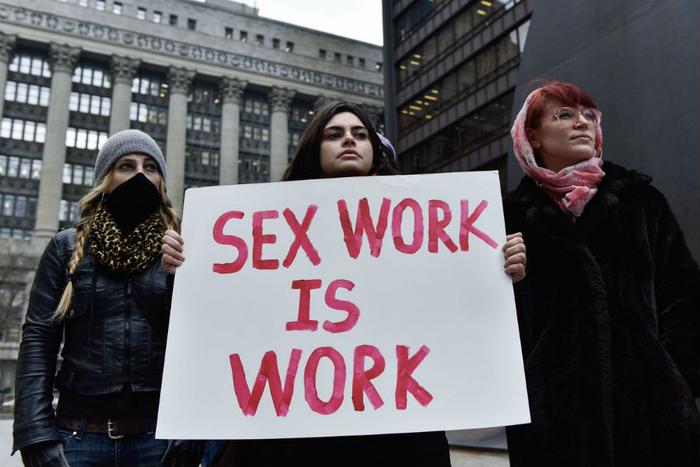 Suspecting that she was being quietly censored by moderators for posting nudity, she asked the site’s support page how to resolve the issue. Instead, the account where she had gained several thousand followers was taken down not long after, she recalls.

So Étaín refocused her efforts on Twitter, where she drew a respectable 7,500 plus followers before finding clues that moderators there may have also begun censoring her posts.

“I don't want to sound like a conspiracy theorist,” Étaín tells ConsumerAffairs, but “I believe there is a level of censorship going on.” And she is not the only adult film performer who has described such a scenario.

Online personalities and experts have coined the term “shadowban” to describe a type of social media censorship in which a user’s audience is suddenly limited without their explicit knowledge.

The “shadowban” that online personalities describe on social media sites has spawned the creation of independent shadowban testers, or third-party websites where users can search their handles for answers about whether their content is being blocked. Roux’s handle had been temporarily listed on one such site until she published her complaints; Étaín’s handle is still listed as being shadowbanned.

And indeed, though Étaín hasn’t lost followers, it seems unlikely that she will gain new ones as easily as she did with the first 7,500. Her handle is still visible and active when accessed directly, but searches on Twitter for her username only turn up results from people responding to her, not her actual account.

The content of her tweets also appears to be blocked from search results. A search for a direct cut and paste for the text from her pinned Tweet, a poem about the importance of safe sex, gets nothing from Twitter. In a statement, both Instagram and Twitter deny that they have shadowbanning policies.

“Twitter does not shadowban accounts,” a Twitter spokesman writes to ConsumerAffairs. “We do take actions to downrank accounts that have violated our TOS [Terms of Service], and mark them accordingly so people can still click through and see this information if they so choose.”

For adult performers, the suspected shadowbans or “downranking,” to use Twitter’s language, have an immediate, unpleasant effect on audience engagement and new business.

But in the past several months, such bans have also taken on political implications as sex workers like Roux and Étaín have turned to social media to protest against the Fight Online Sex Trafficking Act (FOSTA), a controversial new law that sex workers and tech experts say could fundamentally change the way the internet functions.

Though the bill was intended to stop the trafficking of victims held against their will, sex workers say that the law as it’s written may kick the entire sex trade off the internet completely, potentially putting people who earned a relatively safe and reliable income online back on the streets.

“The problem right now is we aren't even showing up if you search FOSTA or SESTA [the Senate version of the law] on Twitter to see the latest tweets,” Roux said in a statement, when her account was still listed as being shadowbanned by a third-party site. “Our attempts to participate politically are shut down -- and we're the ones that will be affected most by this legislation.”

A grey area of online censorship

The law exacerbated what sex workers describe as an already treacherous, if profitable, online climate.

Twitter says that downranking is meant to prevent and limit abusive content, which is plentiful online. But advocates say that shadowbans can limit discourse when an important topic such as new legislation is under debate.

FOSTA sailed through Congress with bipartisan support in the spring and was recently signed into law by President Donald Trump. The law was championed by lawmakers such as Representatives Carolyn Maloney (D-NY) and Ann Wagner (R-MO), among many others, as well as filmmaker and activist Mary Mazzio, the director of a documentary called “I am Jane Doe” -- a film about girls who were trafficked on the classifieds site BackPage.com.

Advocates say the law will help prevent pimps from trafficking girls by holding any online service accountable that allows the trafficking to flourish. Websites -- or even internet service providers -- accused of facilitating sex trafficking now face the risk of civil lawsuits or criminal prosecutions.

But tech experts and online free speech advocacy groups worry that the law is overly broad, having a potential chilling effect on any and all internet speech. And whether intentional or not, sex workers who chose their profession, or who are not being trafficked, say that they are already losing services that they had depended on for income and safety.

Shortly before FOSTA was implemented in late April, the FBI seized the classifieds site BackPage.com and brought money laundering and pimping charges against its owners. Though lawmakers contend that the site was complicit in allowing girls to be trafficked, numerous sex workers say the site was their only source of new clients.

“Since the passage I haven’t had a single new client,” one woman told ConsumerAffairs in a message. “Backpage provided most of my business.”

That site had allowed people like Emma (whose name has been changed because of the illegal nature of the work) to screen clients, exchange information about clients with other women, establish prices beforehand, and build her brand through profile and review features on the platform. With new clients, "you never know who's going to be walking through your door,” she says.

Switter, a new social networking site marketed to sex workers who feared censorship on Twitter, went temporarily offline after its internet data delivery service CloudFlare cut ties with the site over concerns about the new law.

FetLife, a social networking site for those with various kinks, also shut down in response to FOSTA, even though they do not explicitly promote prostitution.

Live camming platforms such as Chaturbate appear to be safe for now, but live cam performers have described private files that they sent clients via Google Drive suddenly disappearing without warning. Other live cam performers are using the site to launch their own protests against FOSTA.

Is this what lawmakers wanted?

Advocates who had used such sites point out that trafficking another human being is already a crime in the United States -- and they suspect that targeting websites where traffickers may do business will now only create new crimes.

Whether FOSTA’s sponsors had intended to kick the entire sex trade offline, as some women worry may happen in the future, is unclear. Inquiries sent to the offices of Rep. Maloney and Rep. Wagner were left unanswered.

Sheriff Marian Hatcher, the Anti-Trafficking Coordinator for Cook’s County Sheriff’s office, agreed to provide a statement answering the question in writing. But in a subsequent email several days later, she told ConsumerAffairs that she could no longer answer the question, citing a change in schedule as the reason.

Mazzio, the director who championed the legislation, was traveling and unavailable for an interview, according to her assistant. On social media, Mazzio addressed concerns that sex workers could lose their livelihoods by publishing a list of homeless shelters and other social services where they could seek help.

Such an offer -- that women who made rent doing sex work online were now free to stay in homeless shelters -- was described by those in the sex trade as deeply insulting.

“Not only is it insulting, but it's actually murderous,” Vanessa Carlisle, a volunteer with the Sex Workers Outreach Project in Los Angeles, tells ConsumerAffairs, “because what happens is sex workers who seek services are often turned over to police, and historically, sex workers are trafficked by police.”

By targeting online business, Carlisle says, lawmakers are ignoring the role that law enforcement has played in abusing sex workers.

As examples, Carlisle points out that police in Alaska and Michigan had been legally permitted to initiate sexual contact with prostitutes as part of undercover investigations until the state laws were finally changed last year.

And in one particularly heinous case, Carlisle points to Celeste Guap, a sex worker in Oakland, who, according to an investigation by the East Bay Express, was sexually assaulted by nearly two dozen officers as part of a supposed prostitution sting. (Criminal cases or disciplinary actions brought against the officers as a result of the newspaper report have yielded mixed outcomes.)

How sex workers gamed the internet

The internet brought with it a new type of cat and mouse game between sex workers eager to use new technology to their advantage and authorities who are consistently trying to stop them.

“Anytime there's a new type of technology, sex workers figure out how to use it,” Carlisle says.

"This is the biggest wave that there's been in my lifetime,” Carlisle says. "This is definitely the largest and strongest and most destructive wave that I've seen.”

A consensual performer vs. an at-risk worker

To track who faces more risks of getting trafficked, advocates like Carlisle divide sex workers into two categories. Some may be barely scraping by and depending on sex work for survival. Those on the other end of the spectrum may have chosen the work because they earn a good living from it.

“There's a loud, vocal sex work community that is not living one step away from poverty, and that's the community that has the time, energy, and resources to mount a political fight,” Carlisle says.

Advocates say that transgender women often become sex workers because they cannot find employment in traditional workplaces. People who are clearly transitioning from one gender to another are still a rare sight in certain corporate office settings.

"If I could get hired in an office job, I would be shocked,” Étaín says.

Before transitioning, Étaín had served in the Army, part of what she now believes was an attempt to avoid confronting her desired gender identity. A year and a half ago, she was out of the army and transitioning to become a woman. She scraped by with several jobs, including online modeling.

That’s left a market for performers like Étaín to make good money independently, without exploitive casting directors or other middlemen.

Though she is getting by for now, her plans should FOSTA be enforced as broadly as some people fear it will be are uncertain. Without the online platforms where she promotes herself and connects with clients, “the only option for me,” she says, “is doing things that I wouldn't otherwise be comfortable be doing, and taking jobs that might not be safe for me.”