LifeFone's medical alert devices can be used at home and on the go to summon emergency help, check in with loved ones and monitor the home for hazards. All plans include a 30-day risk-free trial and a price-lock guarantee for the life of the service. While additional services cost extra each month, add-ons like GPS and fall detection increase the value of a subscription.

LifeFone medical alert systems make life easier for both clients and caregivers. The company charges a monitoring fee, but it also offers a 30-day money-back guarantee if you’re not satisfied.

How do I know I can trust these reviews about LifeFone?

...My son wanted me to have the ability to get 911 immediately or him or anybody, so he got me the LifeFone. When I tested it, their response was immediate and the reps who came o...

I wear the LifeFone wristwatch 24 hours a day. … I live in a retirement community, but I’m in independent living apartment so I feel much more comfortable having the alert system....

LifeFone is a medical alert company that offers emergency response systems for those who spend most of their time alone. LifeFone’s home and mobile medical alert systems have nationwide cellular coverage, immediate assistance and personalized emergency care instructions. LifeFone also has options for smoke and fire detection services. All LifeFone monitoring centers are located in the United States and staffed with experienced personnel.

The LifeFone medical alert system is activated by pressing an emergency help button on a wearable LifeFone wristband or pendant, base station or wall-mounted button. The alert system notifies the LifeFone monitoring station. An emergency care agent then tries to establish communication with the customer, and if the customer cannot be reached, the agent dispatches emergency services to the home.

Emergency care agents are available 24/7 to help with non-emergency situations as well. They have access to your medical history and can contact family members and caregivers and reference your personalized care instructions to best assist you.

With lots of accessories to choose from, plus services like medication reminders, check-in services and smoke detection, LifeFone’s medical alert systems are highly customizable to fit a variety of lifestyles.

The Wall-Mounted Help Button activates the medical alert system by signaling the response center exactly like a wearable emergency button. Mounts with Velcro. 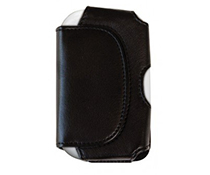 This leather case wraps around the device to protect your mobile alert system. The cover is for on-the-go only. 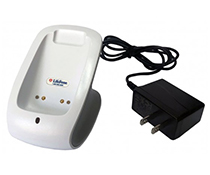 A cradle charger for LifeFone mobile medical alert devices that plugs into the wall. Works for on-the-go only. 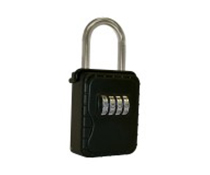 The lockbox hangs around the front door knob and stores an extra set of house keys for emergency access so responders don’t have to break into your home. 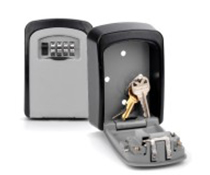 This lockbox mounts outside your home on a wall near the front door. Stores your keys for emergency access in case friends, family or emergency responders need inside.

How much does LifeFone cost?

LifeFone plans start at $24.95 per month without any add-ons. Fall detection, check-ins and other additional services can increase the monthly cost by $5 to $19. LifeFone purchases do include a 30-day trial.

Do we recommend LifeFone?

LifeFone's product lineup features options for most lifestyles, with plenty of add-ons to customize your services. The pricing for basic plans is competitive, but additional services can increase the monthly cost quickly. All products can be returned for a refund within 30 days, and the monthly cost of services is locked in for life. If you need medical alert services and devices for yourself or a loved one, a LifeFone plan may be right for you.

How do I know I can trust these reviews about LifeFone?

My mother has a system from them that is unusable. She spent money on a system that does not trigger and customer service agreed that the pendant is hard to push. It was explained to me that that was because too many false alarms were triggered! Dangerous precedent really is nothing more than a money grab for senior citizens who cannot defend themselves. Be careful and do not trust the reviews. Better systems in other companies for sure.

We have had at least 2 dozen incidents due to my stroke and they have always responded quickly and notified my family very very expeditiously. Great and personable customer service.

I had a great experience talking to the sales rep. He was knowledgeable about the products. We discussed what I was looking for. He found the best plan for the price I could afford. It arrived in a couple of days and I set it up in a matter of minutes.

Thank the good Lord, I haven't had to use the product, but, my whole experience was excellent. My agent Azem was thorough in explaining the product and what all it entailed. Set up was easy and I appreciated being able to pay for 3 months and get a month free. Have recommended product to a cousin. Since I still drive and am out and about appreciate the use of GPS, wristlet and necklace. Base unit great, easy read and operators very helpful. One question, in reading material on product, does not tell if affected by electric outages and how to take off if this happens. Kudos all around so far.

Easy set up, Quick response, able to hide under clothes. Very simple set up, charge device, fill out paper work and mail. Not a lot of electronic expertise required! Polite response. No problem testing different locations, staff happy and helpful. Don’t lose it. I think the equipment belongs to the Company and there is a significant charge if lost. Wish it was a watch so I could sleep with it on. Need to remember to put it on in the middle of the night. Afraid it will activate by mistake. If worn to bed?

I lost my husband a couple of years ago and I’m still living in my home. My son wanted me to have the ability to get 911 immediately or him or anybody, so he got me the LifeFone. When I tested it, their response was immediate and the reps who came on the line were friendly. They were concerned and wanna help if they needed to. I wear the device around my neck and I don't like it very much. But I feel safer knowing that I have it.

I fell so I needed to have a medical alert device. I've had LifeFone for about a year. But I don't feel that I’m gonna have to use it. I wear it around my neck but I don’t use it at night.

I've had a bad experience with LifeFone. I use a walker and I have a disability situation going, and when I first got LifeFone, we got a lesser setup. Then after about a month, we changed and put in a a little larger one. But when we did get an alert, they could not find my information because they never recorded the fact that I had gone from one station to an upgraded one. So that was a problem. On top of that, the experience when dealing with their reps was very poor. At one point, a good friend went down there and they blamed her for not knowing what was going on. She went back and forth, and they had words. He was telling her she was wrong. Then she found out they had no record of the change of systems. So it turned out to be a waste of time for her to spend about 45 minutes trying to get through. The person she talked to was not very nice either and she told him that.

I got a LifeFone because I’m home alone all day. It makes me feel that I do have help if I need it. One time, I had accidentally set it off and they checked to see if I was okay.

I live alone in a big old farmhouse out in the country. My kids got me a LifeFone. Thus far, I have had to call it once and have help come to get me up when I fell in a snowbank. I've also had their team respond when something gets tangled in the cord of the device when I'm sleeping. I try to get that undone and that makes the signal to them. I feel very comfortable with the device knowing I’ve got it.