Study: Checking Your Social Media Pages Is as Addictive as Sex and Nicotine 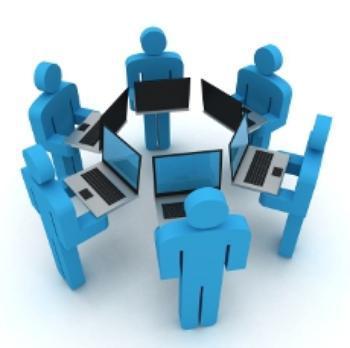 How much of a social media person are you?

More specifically, how often do you use Twitter? Are you the type of user that occasionally tweets, just so you don’t feel completely out of the social media loop?

Or are you the person that uses twitter and other social media like a virtual therapist, revealing each and every piece of news, idea or thought you have?

Well, a recent study conducted by the University of Chicago Booth School of Business, says that the urge to check your social media pages is among the strongest temptations in modern society.

Researchers gathered 205 participants in Germany and monitored them for an entire week to gauge their ability to resist common daily desires, namely the urge to check their social media pages or mobile devices.

Subjects of the study ranged from ages 18 to 85, and for one entire week each person was given a Blackberry mobile device and asked to let the researchers know every 30 minutes if they had desires to do a various amount of activities like check their social media pages.

They were also asked to mentally document other urges like smoking, drinking, and sleeping.

The participants were then told to tell the researchers if they chose to give in to those temptations or not, and also told to communicate  just how strong those desires were ranging from “strong” to “irresistible”.

The researchers found resisting temptations to use pages like Twitter, Facebook and other social media was harder to resist than smoking, drinking alcohol and even sleeping. 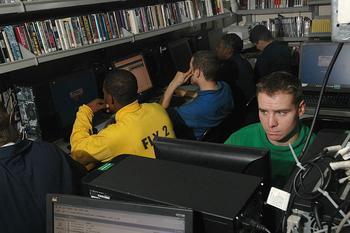 It was also learned that a person’s fixation on their job is stronger to break than many other serious addictions.

“Resisting the desire to work was likewise prone to fail,” said Wilhelm Hofmann, lead author of the study. “In contrast, people were relatively successful at resisting sports inclinations, sexual urges and spending impulses, which seems surprising given the salience in modern culture of disastrous failures to control sexual impulses and urges to spend money.”

“Desires for media may be comparatively harder to resist because of their high availability and also because it feels like it does not cost much to engage in these activities, even though one wants to resist,” explained Hofmann.

He also said as we continue to resist our daily temptations our strength to avoid these temptations becomes increasingly weaker, meaning if you tried hard all day not to tweet while at work, by the time evening came, your ability to use that same amount of self-control will be shot.

This particular outlook can obviously apply to any temptation or want that a person might have.

“Modern life is a welter of assorted desires marked by frequent conflict and resistance, the latter with uneven success” said Hofmann.

The reason that cigarettes, alcohol and even drugs can be less addictive than using social media says Hoffman, is because these things usually cost money, and resisting these particular vices is sometimes due to financial circumstances rather than will power.

“With cigarettes and alcohol there are more costs—long-term as well as monetary—and the opportunity may not always be the right one,” noted Hofmann. “So, even though giving in to media desires is certainly less consequential, the frequent use may still steal a lot of people’s time.”

The study also found that even though urges for sex and sleeping were stronger for people than temptations to check social media, resisting social media was a much harder task to achieve.

In a separate study conducted by the University of Bonn, in Germany, and published in the Journal of Addiction Medicine, it was found that those who are seemingly addicted to the Internet may be addicted due to the CHRNA4 gene, which also causes one to be addicted to nicotine.

In both studies researchers confirmed that both Internet addiction and the constant temptation to check social media pages isn’t just in our heads. It’s a problem that could require some sort of professional treatment, or at the very least our close attention.