Teaching kids how to give can make them financially literate adults

Starting at an early age can help kids later in life 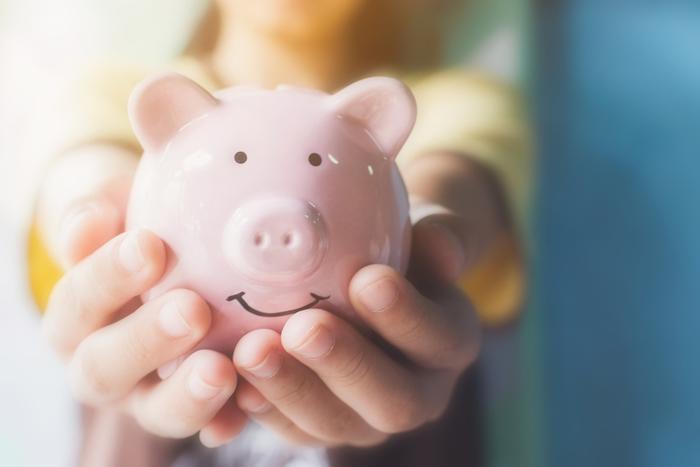 Talking about finances can make a lot of consumers stressed out or uneasy, but a new study suggests that teaching kids about budgeting from a young age can benefit them later in life.

Researchers from the University of Arizona found that when parents teach their kids how to appropriately give money away, they become more financially literate adults.

“When you think about money and what kids learn about money from their parents, most of us wouldn’t think about giving as one of the basic principles of finance,” said researcher Ashley LeBaron. “We tend to think more in terms of budgeting and saving and things like that, so it was surprising, but really cool to see that giving was so prevalent.”

In a surprise to the researchers, over 80 percent of participants talked about giving money away, completely unprompted, and noted that there were three main types of giving that the participants mentioned:

“In finance classes, we never talk about giving,” said LeBaron. “But we learned that giving is one of the more important facts of financial socialization, so we need to be paying more attention to how it is taught.”

Regardless of why parents and grandparents taught young kids about giving money, the researchers found that there were countless benefits to doing so.

For example, LeBaron noted that having a good attitude towards giving or donating money can make children grow into happier adults. It can also bolster their knowledge about saving money and creating a budget from a young age, she said.

These are critical skills that adults utilize regularly, and starting them from an early age can only help children become more competent and secure around money.

“People who are generous tend to be happier and have healthier relationships, so this is shaping not only kids’ finances but aspects of their health and well-being,” LeBaron said.

Like with anything, engaging with children about money has been proven to help them as they mature into adulthood. One recent study found that exposure to banking at an early age can benefit children later in life.

While traditional courses in school have been found to be beneficial in teaching kids about how to manage their money, getting real, hands-on experience by frequently going to the bank with parents as young children led to more financially stable adults who were also more trusting in banking and the financial system.

“Exposure and trust go together,” said researcher James Brown. “If you grow up in an environment with more banks, you’re more inclined to trust banks and the financial system. If you grow up in a financial services desert, you’re much less likely to trust financial institutions, which may be one reason you don’t engage or you don’t pay back your credit card bills with the same frequency.”