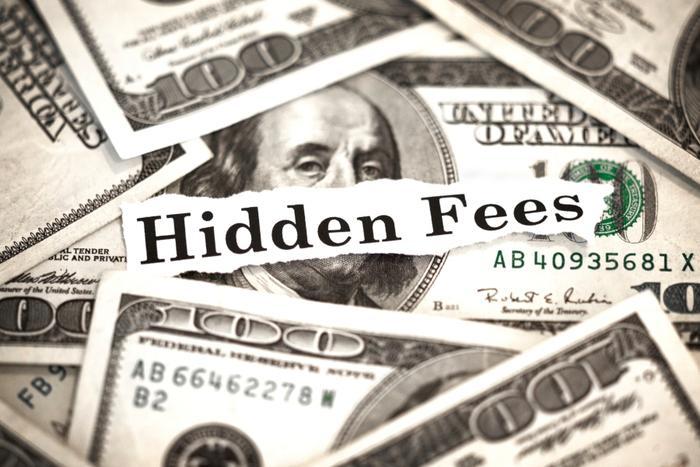 Most of us pay a “hidden fee” every once in a while, and most of us get upset when we discover it. That’s the conclusion of new research by Consumer Reports.

A survey found that 85 percent of adult consumers have been hit with an unexpected fee when they paid for a service in the last 24 months. Not surprisingly, 96 percent said they got annoyed when they found out.

According to Consumer Reports’ research, telecommunications companies are most likely to slip in a hidden fee, with 69 percent of consumers saying they found one on their bill. Other places consumers reported frequently encountering these fees include:

Consumer Reports says these small charges appear to be more frequent than in the past and usually appear in the fine print of a contract or pop up when you reach the last page of an online purchase. However, you rarely are alerted to them when you are making a buying decision.

For example, if you are searching for hotels on a Google map, the price that pops up is almost never the price you pay. It’s usually the lowest price available if you book months in advance, and it doesn’t include fees and taxes, which are significant.

A decade ago, when many airlines were fighting to stave off bankruptcy, they discovered the difference fees could make. When they started charging fees to check bags or for a pillow -- things that were once included in the price of a ticket -- they quickly became profitable.

Transparency at the gas pump

As long as those fees are conspicuously posted, consumers can take them into account when making a purchase decision. A good example is the price of gasoline.

You often compare prices when you fill up your tank, stopping at a station where fuel is a penny or two a gallon cheaper. The price you pay includes fees and taxes, but they are always included in the price at the pump.

Consumer Reports says it’s possible to fight hidden fees and points to examples of consumers who have done so. Thirty percent of the people in the survey said they had contested some type of hidden fee, and two-thirds of them said they had been successful.

And while most hidden fees are small, Consumer Reports says they add up to a huge amount of money. Data compiled from just a few industries show these fees total several billions of dollars each year.