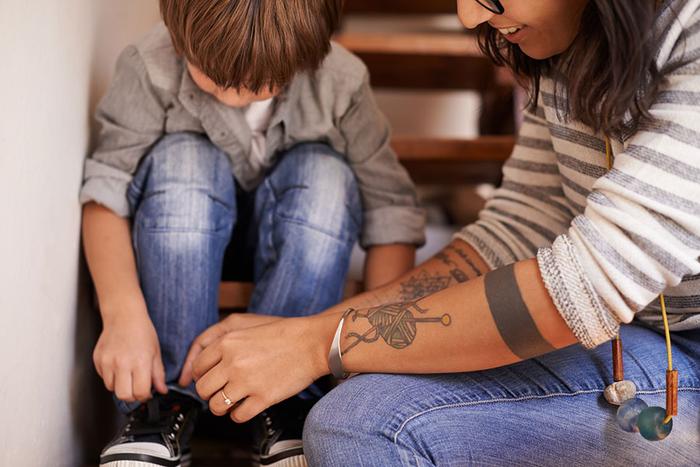 A recent survey of more than 2000 parents revealed a whopping two-thirds of children wear shoes that are the wrong size, which could put them at risk of foot deformities and other serious health issues.

What’s more, the survey indicated that  47 percent of respondents’ children are one size too small and 18 percent are two sizes too small.

Experts say wearing shoes that are too small could lead to foot and posture problems for children later in life. Since children are constantly growing, parents may rely on their child to ask for bigger shoes or simply go on traditional sizing options, which experts discourage.

The study found that more than half of parents (52 percent) had never measured the length of their child’s feet before. Most parents, instead, tended to rely solely on sensorial and visual tests.

Shoes that don’t fit properly can cause a foot deformity called hallux valgus, which occurs when the big toe begins to angle sideways toward the second toe, causing a swollen and painful bump or bunion on the side of the foot just below the big toe.

To help prevent early onset of foot problems, parents should keep the following advice in mind when selecting a new pair of shoes for their child: