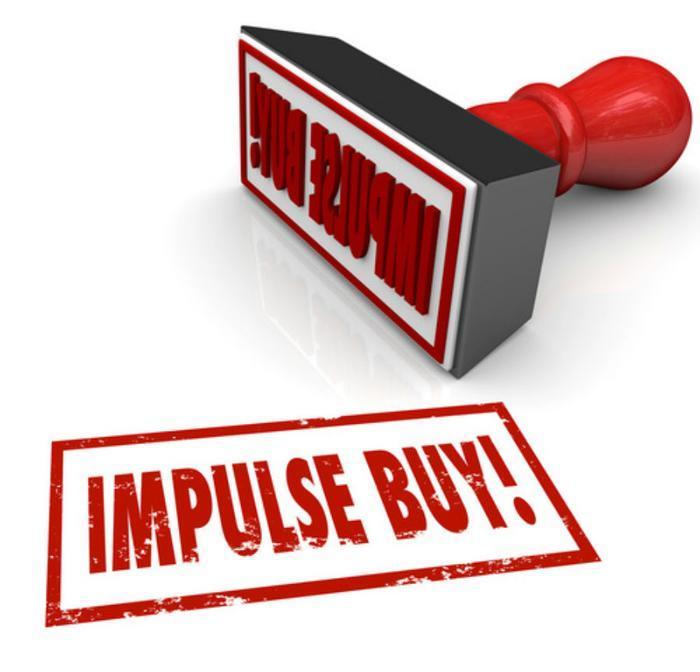 You're in the check-out line at the supermarket and notice the racks with magazines, breath mints, gum, and car deodorizers. None of those items were on your shopping list, but, somehow, at least one of them ends up among your purchases.

In the business, those are known as “impulse buys,” the kinds of things consumers pick up almost without thinking about it. It adds a small amount to the individual's purchase, but, cumulatively, they can increase a retailer's profit margins.

Overall, the survey found 84% of U.S. consumers have made an impulse purchase at one time or another, proving the power of the marketing strategy.

In most cases, consumers make impulse buys in a store, but it isn't unheard of to make an impulse buy online. For example, retailers like Amazon will tempt you as you are completing your purchase by showing five or six additional items and proclaiming “consumers who purchased what you are buying also bought...”

The survey found that 13% of us have added something to the cart at the last minute while completing a purchase with a PC and 6% have done so when buying something on a smartphone or tablet.

Because more and more purchases are being made online now, impulse buys may be in danger of losing some of their punch.

"While Americans have thrown money away freely in the past, this holiday season they were rather frugal," said Matt Schulz, CreditCards.com's senior industry analyst. "In the past three months, the most common impulse purchase was under $25.

Schultz says only one in four Americans made an impulse purchase over $100 during the just-completed holiday season. With a volatile economy, he says, consumers just might be a little less impulsive.

If you live on a budget, it's a good idea to be aware of impulse buying temptations. The AARP has some advice on how to avoid them.