Mandatory labels on foods containing DNA? 80% of Americans support that

Yet statistics on dihydrogen monoxide remain hard to find 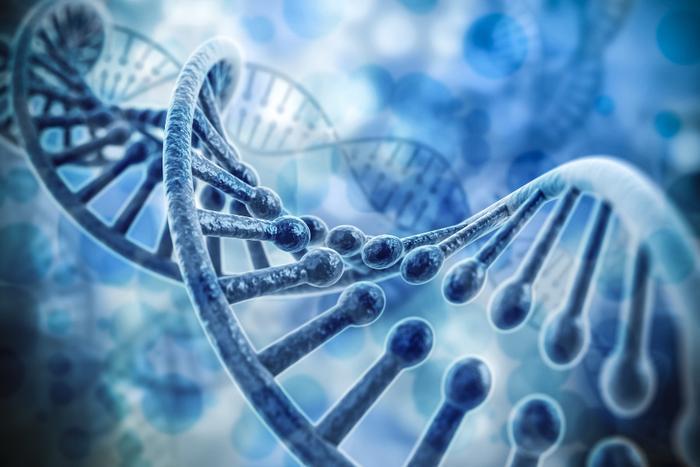 According to a recent survey (available in .pdf form here) by the Oklahoma State University Department of Agricultural Economics, over 80% of Americans said they would support “mandatory labels on foods containing DNA,” roughly the same number that support the mandatory labeling of GMO foods “produced with genetic engineering.”

Oklahoma State's “Food Demand Survey,” called FooDS, is an online monthly survey which “tracks consumer preferences and sentiments on the safety, quality, and price of food at home and away from home with particular focus on meat demand,” according to the survey itself.

Page one of the five-page study looks at the survey recipients' monthly food expenditures, how much customers said they were willing to pay for various types of meat (steak or hamburger, chicken breast vs. chicken wing), and how these current numbers compare to those from last month and last year. (In case you were wondering: those numbers indicate that compared to last month, customers are willing to pay slightly less for beef and pork products, and slightly more for chicken.)

On page two there's a chart showing “Consumer Expectations” – most survey recipients expect meat prices will rise – and then the survey discusses “Awareness and Concern Tracking,” to determine which food-related issues consumers were most aware of and concerned about: “GMO, E.coli, and Salmonella remained the most visible issues in the news over the past two weeks.” Other food issues generating interest and/or concern on the survey included hormones, antibiotics, pink slime, swine flu, cloning, and “lean fine textured ground beef.”

Page three discusses other things consumers want when making food purchases, including “affordable foods that fit with-in[sic] my budget” and “finding foods my children will eat.”

All of these are standard questions covered in every FooDS. But on page 4, it says that “Three new ad hoc questions were added to the survey this month,” and the first question asks whether people support or oppose various government policies related to agricultural matters: 80.44% of respondents said they would support “Mandatory labels on foods containing DNA.” That's only slightly less than the 82.28% who support “Mandatory labels on foods produced with genetic engineering.”

WARNING: This product contains deoxyribonucleic acid (DNA). The Surgeon General has determined that DNA is linked to a variety of diseases in both animals and humans. In some configurations, it is a risk factor for cancer and heart disease. Pregnant women are at very high risk of passing on DNA to their children.

(Somin's warning neglects to mention that sexually active men are also at high risk of passing DNA down to their children, unless the men wear a condom.)

The joke, of course, is that DNA is the hereditary material found in the cells of human beings and almost all living organisms – including all the different meat and plant products people eat. Labeling all food containing DNA would be almost as pointless as labeling foods that contain atoms.

One question the survey did not ask was whether people would support mandatory labeling (or even possible bans) of food items containing the potentially deadly chemical “dihydrogen monoxide.”

Search online for information about dihydrogen monoxide, and you'll find a long list of scary-sounding and absolutely true warnings about it: the nuclear power industry uses enormous quantities of it every year. Dihydrogen monoxide is used in the production of many highly toxic pesticides, and chemical weapons banned by the Geneva Conventions. Dihydrogen monoxide is found in all tumors removed from cancer patients, and is guaranteed fatal to humans in large quantities – though even small quantities can kill you, if it enters your respiratory system.

So is dihydrogen monoxide safe for human consumption? Of course. It's not just safe, it's mandatory: dihydrogen monoxide, the molecule consisting of two atoms of hydrogen for every one of oxygen, is just another way of saying “water.”

Not that any sane person would ever recommend banning water – but plenty of sane (though ill-informed) people have considered banning “dihydrogen monoxide,” because it's a big intimidating multi-syllabic phrase that sounds all scary and chemical-y. And the latest issue of Oklahoma State's FooDS survey suggests that even DNA – the building blocks of life itself – is equally scary and intimidating to people who don't know what it is.