It's not a Mad Men episode: Cigarette ads return to TV

R.J. Reynolds is rolling out TV ads for its new e-cigarette 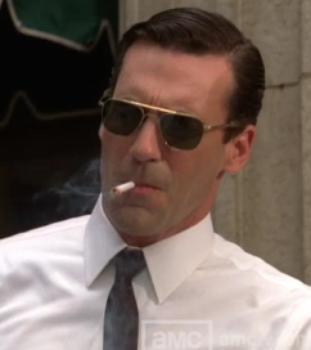 The last cigarette ads on TV aired in 1970. But after a 43-year no-smoking break, they're back. R.J. Reynolds is launching a campaign for Vuse, the company's first electronic cigarette.

E-cigs have sort of sneaked in under the radar. Originally marketed by small companies that used mostly obscure online and word-of-mouth promotion, they have quickly become big business, to the consternation of health advocates and regulators.

TV ads disappeared from TV in 1971 after Congress, in April 1970, passed the Public Health Cigarette Smoking Act, which banned cigarette ads on TV and radio. The last cigarette commercial on the national networks was a Virginia Slim ad that aired at 11:59 p.m. on December 31, 1970, on The Tonight Show.

Slowly but steadily since then, restrictions on cigarettes have become stricter and more wide-ranging. Public smoking is all but forbidden and even smoking at home can get you in trouble in multi-family housing in many areas. 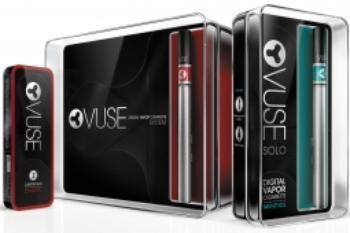 But for now, at least, e-cigs are having their day in the sun. While regulators scramble to catch up, "vapers" are showing up everywhere, inhaling their smokeless vapor on trains, in restaurants and other venues that long ago banned smoking.

How long that lasts is another question. It's believed the Food and Drug Administration (FDA) is about to impose regulations on the e-cigs, or "digital vapor cigarettes," as some prefer to call them.

Initially, Vuse will be available only in Colorado, where you can also smoke marijuana fairly freely. If things go well there, vapers can look for a national rollout, R.J. Reynolds Vapor Co. President Stephanie Cordisco told Advertising Age.

The Colorado roll-out will include print and direct mail as well as TV, and Ms. Cordisco said all of it would be aimed at adults.

While puffing on a Vuse at a New York City news conference, Reynolds American CEO Daniel Delen said that consumers want a 21st Century product -- one that replicates the traditional smoking experience, something he and other Reynolds executives said the existing e-cigarettes fail to do, Advertising Age reported.

He said a tiny microprocessor in each cigarette will ensure that Vuse delivers "the perfect puff every time."

The tagline for the ads: "Promise Landed."