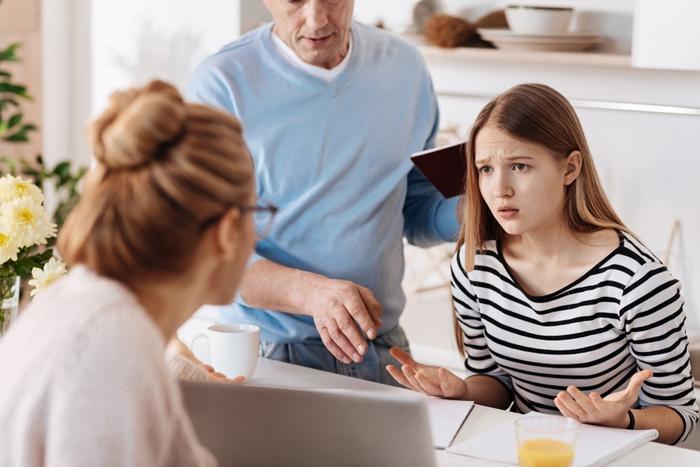 Recent studies have discovered the ways that parenting styles can yield positive or negative outcomes in kids. Similarly, a new study conducted by researchers from West Virginia University explored the effect that helicopter parenting can have on kids as they enter into adulthood.

The study revealed that most parents who exhibit this style with their kids are from higher-income families. Their hyper-involvement can lead to difficulties with their child’s self-regulation and their understanding of what they’re actually capable of achieving by the time they’re young adults.

“Unfortunately, I think the term for those children is ‘hothouse children,’” said researcher Kristin Moilanen. “I think they’ve been raised to be these sort of delicate flowers under these very well-controlled conditions and -- just like a tropical plant -- they’re vulnerable whenever these conditions are exceeded, which is a scary thought.”

How kids are affected by this parenting style

Though the researchers cite the recent Hollywood college admissions scandal as the most prominent example of the consequences of this style of parenting, for the purposes of this study, young adults completed online surveys to report on their experiences with helicopter parenting.

Young people between the ages of 18 and 24 participated in the study by responding to the ways that their parents were overly involved with their success. The responses disregarded whether the involvement was child-driven or parent-driven, seeking instead to determine the potential ways that such behavior affected developing children.

The researchers learned that the majority of the participants experienced adverse effects as the result of helicopter parenting. Perhaps most importantly, the participants reported difficulties with emotional well-being, as they had trouble defining their sense of self and establishing proper responses to impulses and emotions.

Moreover, they struggled with their confidence, increased anxiety, and depression as they tried to cope with their parents’ constant interference.

Though these findings shed light on the widespread effects that this parenting style can have on kids as they enter into adulthood, all hope may not be lost. Moilanen offered some lasting words of encouragement.

“Most kids turn out fine and learn to ‘adult’ on their own,” she said.