Companies accused of collecting money to settle debts, then keeping it 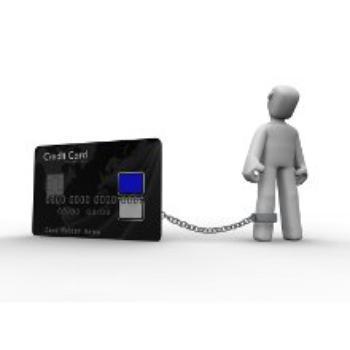 The Federal Trade Commission (FTC) and the attorney general of Florida have shut down a series of debt settlement companies they say were ripping off consumers.

Florida and the FTC have obtained a court order bringing to a halt the debt settlement marketing of 11 companies controlled by the same three individuals.

Sounded good, but Florida Attorney General Pam Bondi says it was all a scam. She says that after making payments of hundreds, even thousands of dollars each month, the consumers found their debts had not been paid, their accounts were in default, and credit scores nearly annihilated. Bondi says some of the debt settlement customers were even forced into bankruptcy and some faced lawsuits.

Little or nothing to show

“Despite alleged promises, the victims of this scam ended up with little or nothing to show for their payments and were made worse off financially,” Bondi said.

Among the charges outlined in the complaint, the defendant companies allegedly promised customers would get debt consolidation loans at attractive interest rates. It alleges they presented themselves as non-profit entities. They are even accused of calling other debt relief company customers, claiming they were taking over those firms and servicing the accounts.

A court has issued a preliminary injunction against the individuals and companies, barring them from engaging in most debt settlement activity, or claiming to be a non-profit entity when they are not.

Despite the commercials you hear on radio and TV about how easy it is to walk away from your credit card debt, paying a company to settle it for pennies on the dollar, it doesn't always work out the way you think it will.

Bruce McClary, vice president for communications at the National Foundation for Credit Counseling, says there are different forms of debt relief and some work better than others. Using a non-profit credit counselor, he says, can help people repay all of what they owe in a more affordable way.

"While some for-profit debt settlement companies promise quick relief by promising to eliminate a portion of the balance owed, that relief can come at a steep price when considering the fees and possible taxes associated with the settled portion of the debt," McClary told ConsumerAffairs.

In theory, that's how it is supposed to work. But when your debt is unpaid, debt collectors will make every attempt to collect the money. They'll call you a lot.

They'll also report your delinquency to all three credit bureaus, destroying your credit score. And, while it is possible they'll accept the debt settlement company's offer to settle, it is also possible they'll sue you.