ADT Security loves customers too much to let them leave

Based on the number of complaints readers have sent us lately, we’re starting to suspect that ADT Security Systems is like the Hotel California—you can cancel anytime you like, but you can never leave.

The details of the complaints differ but the end result is the same: people with ADT accounts are unable to cancel them no matter how hard they try.

Consider this random sampling of complaints from a single week: Judy A. of Houston, Texas, posted a complaint with us on Sept. 4. She’d bought an ADT contract from a door-to-door salesman; the system was installed but never worked properly. A new representative came out to look at it, and told Judy it “had been installed incorrectly.” Rather than fix the system, he gave her various phone numbers to call; unfortunately, nobody from ADT ever called her back. Rather than fix the service, Judy said, ADT chose to disconnect it entirely — without disconnecting her automatic bill-payment system.

An exasperated Judy finally wrote to us and said that as of “this date, September 3, 2013, no one has responded. I am still receiving a bank draft monthly of $51 without service or a system. It was disconnected by the representative. What do I do to contact, cancel, and receive monetary adjustment for this scam of a service?”

Good question! And pretty much the same one Jacob T., an Army man currently stationed in South Korea, asked us on Sept. 10. Before going to Korea, he lived in Lakeland, Georgia, for about two and a half years and had no particular complaints about his ADT service — until he tried to cancel.

“Got orders to Korea and canceled my service with [ADT at] the beginning of June, did everything they asked me to do for canceling it and sent them everything they needed,” Jacob said. On June 10, one of the last things he did before leaving his old home was call ADT to confirm that his service had been shut off; ADT assured him it was. So what happened next? “At the end of June I was billed again by ADT.”

He was billed again in July and August. In an email to us, Jacob explained that on July 27 he faxed them — rather than merely call them — with another intent to cancel, and ADT later cited that fax as justification to give him a partial refund for August.

But the rest of his summertime bills have yet to be refunded, and Jacob concluded: “It is now the middle of September and I’m still fighting with them while stationed in South Korea; if you are in the military and move around a lot, [ADT is] not worth the trouble. Find a different company to go with.”

Brenda H. of Garner, North Carolina, never had an ADT system herself, but her elderly parents do. Considering how heavily ADT markets its services to senior citizens, Brenda’s story arguably qualifies as the worst of the bunch: on Sept. 11 she wrote us to say that, “My parents are an elderly couple and have had ADT Security Services for a few years. Recently my mom upgraded to get a new system and called ADT to cancel the services. They told her that my dad had taken out the original contract and that she could not cancel without his authorization.”

Problem is, Brenda’s father has had Alzheimer’s for several years. Brenda explained, “He is/was incapable of taking out the service, and of course it was my mom who started the service. They told her she would need power of attorney for my dad to cancel and then gave a bogus address for her to send this to.”

Brenda tried handling the matter herself, to spare her mother the stress, but received only a runaround in return.

“After speaking with numerous reps at the company they told me I could not cancel and would need power of attorney. I asked to have them furnish me a copy of the contract showing my father signed [….] They said they were unable to send this to me. Basically the company gives you the runaround, doesn't cancel and transfers you to numerous people to speak with. I have now faxed power of attorney and cancellation of services without any response from them [….] I wonder how many other seniors have had this experience. It is totally appalling to me that companies prey on senior citizens and get them more confused and make threats.” 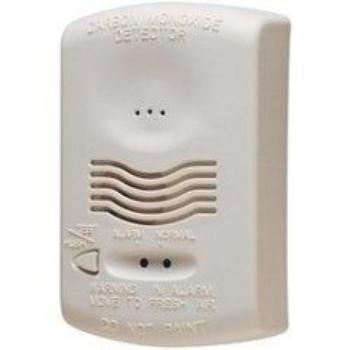 As of presstime, ADT had not responded to our requests for comment. So we still don't know exactly how to cancel an unneeded ADT contract, but we can offer one concrete piece of advice: given ADT’s apparent tendency to promise one thing in a phone call and deliver something else, we’d suggest anyone having problems with ADT handle the matter via writing, fax or email, rather than phone calls. After all phone calls are quick and convenient, but they don’t leave much of a paper trail. So don’t merely call ADT to cancel your service; send them an email, fax or certified letter explicitly spelling out your intention to cancel.

Even more important, when signing up for any service that requires a contract, read the contract thoroughly before signing it and be sure to keep a copy in a safe place. Remember that what anything a salesman tells you is completely meaningless. It is only what is written in the contract that counts.

Many contracts specify a procedure you must follow to cancel. If you fail to follow that procedure, the company will continue to ignore you.

The consumers quoted in this story -- and others in similar situations -- should contact their local consumer affairs office or, if that fails to produce results, their state's attorney general. Just type "[state name] attorney general" into a search engine to find contact info.